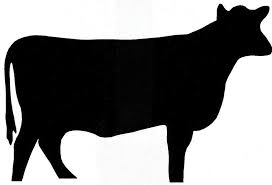 Tom DeWeese is the president of American Policy Center.  Tom is one of the nation’s leading advocates of individual liberty, free enterprise, private property rights, personal privacy, back-to-basics education and American sovereignty and independence and protecting our Constitutionally-guaranteed rights.  He’s a former newspaper editor. He is author of ‘Sustainable: The War on Free Enterprise, Private Property and Individuals’ and ‘Erase’ a political novel.

According to Tom, the American cattle industry has let the World Wildlife Fund in to help create policy.  Part of this involves a ‘Sustainable Beef Roundtable’ with many regulations in it which makes it more expensive and difficult for cattle growers to do their job.

One of the things they did was to remove the country of origin labeling.  Tom described a deceptive practice that allows them to pretend that beef coming from other countries is American beef when actually it’s only processed here.

Tom said he’s been given two explanations for that.  One is that cattlemen have been under siege for years by animal rights and environmental organizations.  The cattlemen looked at this as a ‘pressure valve’ in the sense that if they would put the phrase ‘sustainable’ on their meat, this would get such groups off their back.

Another explanation is that many who are members of the cattlemen’s association aren’t really cattlemen.  Instead, some are meat packers, lawyers, environmentalists, etc. and they have moved in to control what’s going on.

Can we take seriously the accusations that raising cattle harms biodiversity and that livestock’s contribution to environmental problems is massive?  Would cattle grazing land be better utilized to raise wheat or soy? Is our freshwater supply at risk due to the raising of cattle? Why are we importing so much beef into the U.S.?

Get the answers to these questions as Jim and Tom revisit the attack on beef on this edition of Crosstalk.

If you want to see the country of origin label on all beef products call: