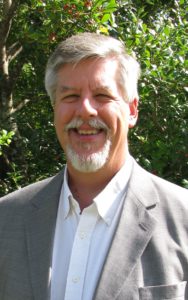 We continue to be told that we’re experiencing a climate emergency and unless we take immediate action, the world as we know it will cease to be.  BioScience recently ran an article detailing how 11,000 scientists have signed onto an article declaring that the world population must be stabilized and ideally, gradually reduced, because a ‘climate emergency’ threatens ‘the fate of humanity.’  MSNBC had declared that the California wildfires are caused by climate change, nothing else. Recently NBC’s 3rd Hour Today show and CBS This Morning gave dire predictions that huge portions of land around the world would be underwater by 2050 and displace hundreds of millions of people.  We’ve been warned that air travel must shut down, there are those who are asking if we should start eating human flesh, and Swedish teenager/climate change icon Greta Thunberg is calling on Facebook to silence opponents to her ideology.

Joining Jim to discuss this issue was Dr. E. Calvin Beisner.  Dr. Beisner is the founder and national spokesman for The Cornwall Alliance for the Stewardship of Creation, a network of over 60 Christian theologians, natural scientists, economists, and other scholars educating for biblical earth stewardship, economic development for the poor, and the proclamation and defense of the good news of salvation by God’s grace, received through faith in Jesus Christ’s death and resurrection.  He’s the author of a dozen books, edited over 30 books and has contributed to another 35. In 2014 the Heritage Foundation honored Dr. Beisner with the Outstanding Spokesman for Faith, Science, and Stewardship Award at the Ninth International Conference on Climate Change.

Starting with the California wildfires, Dr. Beisner noted that in order to have fires, you have to have fuel, oxygen and ignition.  This means that the California fires have nothing to do with the background temperature because it could be 150 degrees and not ignite a fire.

After also ruling out past drought and recent wetter conditions, he cited two other factors that are to blame.  The first is that in the 1970’s/early 1980’s California, along with the federal government, initiated policies against clearing undergrowth and deadwood from national and state forest lands.  California also added rules making it difficult for private landowners to do this as well.

This means that when a fire begins, since there’s a lot of fuel available, it will burn hotter and spread faster.  This is why we’re seeing fires there that are comparable to those in centuries past before human management of the forests began.

Secondly, California adopted a variety of energy policies that made it difficult for Pacific Gas and Electric to afford to keep its electrical lines and equipment in good repair.  The result is that when California experiences its annual high winds, you have a greater number of situations where a wire could touch another wire or a transformer could blow hence providing the ignition needed to start these catastrophic fires.

In the end, the policies that helped increase the risk of such fires are rooted in state policies to fight alleged global warming.  California required Pacific Gas and Electric to obtain more and more of its electricity from wind and solar, which is more expensive, and less and less from coal and natural gas which is less expensive.

From there, discussion moved to the impact of rising sea levels, alleged overpopulation, the reality of a shrinking world population, the two sides within the global climate change camp, Chile cancels climate conference, the Paris Climate Agreement, and much more including audience input. 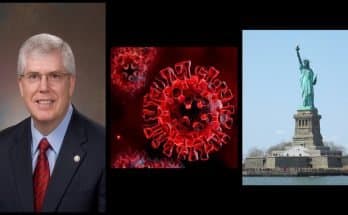 Losing Liberty is the Long-Term Crisis 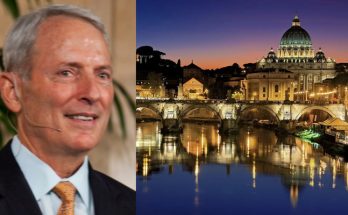 Contending for the Gospel