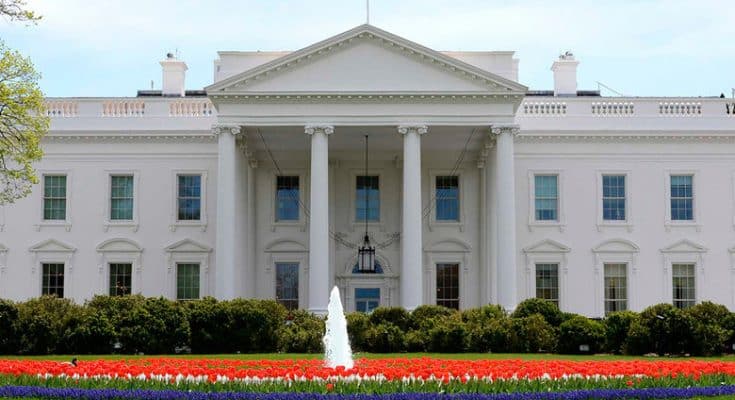 There is an all-out push to remove President Donald Trump from office.  Jim noted that yesterday a story was released at westernjournal.com reporting that a liberal organization has announced the start of its 75 million dollar campaign to try and defeat President Trump in swing states in 2020.  The 501(c)(4) dark money group, ‘Acronym,’ launched the ‘Four is Enough’ campaign to focus of the battleground states of Arizona, Michigan, North Carolina, Pennsylvania and Wisconsin according to reporting by the New York Times.

Other large sums of money have been announced by groups including Planned Parenthood and those with connections to George Soros but there is also intense efforts at the same time being made behind closed doors to impeach the president.

Open hearings begin on the 13th.  President Trump has described this as a ‘witch hunt.’  One has to wonder since it’s known that the attorney for the ‘whistleblower’ was calling for impeachment in 2017, predicted a ‘coup’ and promised to get rid of the president.

Joining Jim for the latest news along with analysis on this issue was James Simpson.  James is an investigative journalist, businessman and former economist and budget examiner for the White House Office of Management and Budget, under Presidents Reagan, H.W. Bush and Clinton.  He writes for Breitbart, Daily Caller, Washington Times, Townhall, Accuracy in Media and others. He’s author of several books including ‘The Red-Green Axis 2.0: An Existential Threat to America and the World’ and ‘The Patriot’s Handbook.’

James called this mess, ‘Russian Collusion 2.0.’  He further described it as an ‘…insane effort to mischaracterize the president as somehow engaged in nefarious activity to influence elections.’

He noted how the president was accused of recruiting the aid of Russia’s President Putin to influence the 2016 election, none of which occurred the way his accusers claim it did.  He believes the Steele dossier was made up by Glenn Simpson and Fusion GPS possibly with some Russian misinformation tossed in. Either way, he feels it had nothing to do with what President Trump was doing but did have a lot to do with what the Democrats were doing.

In the Ukrainian situation, the president called and asked legitimate questions regarding how the Democrats worked with the Ukrainians to interfere in the 2016 election.  James believes we need to get to the bottom of this because it’s a threat to the rule of law and to constitutional government should the Democrats get away with this and suffer no consequences.

In short, what he described as ‘Russian Collusion 2.0’ is the Democrats effort to flip the narrative and point the finger at President Trump in the hope of taking the focus of people away from what he sees as ‘…their vast, indisputable activity with Ukraine prior to the 2016 election…’

So where’s the ‘quid pro quo’ in all of this?  Is presidential candidate Joe Biden guilty of violating aspects of the Foreign Corrupt Practices Act?  What do we know about the ‘whistleblower’? What does James believe he’ll see when the open hearings begin next week?

These questions and more are answered, and listeners lend their views, as Crosstalk continues to examine the attempted impeachment of President Trump.