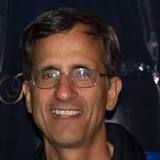 From time to time our relationship with the Lord presents us with moments when we simply have to ask, ‘Lord, what will you have me do’?  Now imagine that question in the context of yet another question: Why is the world having such an impact upon the church today? Why are churches that once preached, ‘Thus saith the Lord’ appearing to now preach, ‘Yea hath God said?’

Could it be that society is having a greater influence upon the church than the church is having upon the world?  Is it possible that many Christians have become numb to that impact and are not even aware that it’s occurring? Do you live one way on Sunday yet another way the rest of the week?  Are there things you tolerate in your life during the week that you’d never tolerate in your church?

The guest on this edition of Crosstalk has produced a Christian film that will cause you to reevaluate these matters that are so critical to our walk with Christ  and to churches everywhere.

Dave Christiano is a Christian film director, producer, writer and distributor.    At one time he had high hopes and big dreams for success in Hollywood, but God had a higher calling on his life to produce Christian films which he’s been doing for close to 35 years.  Dave has written, directed and co-produced a powerful new film, ‘Power of the Air.’

In ‘Power of the Air,’ a missionary from Africa comes to the United States and shares with a concerned Christian how he feels the church in America is being deceived and in great danger.  The Christian is very convicted by what he hears, makes a significant change in his life, and then sets forth a plan to reach his city with the gospel. He faces unexpected challenges, costs, and struggles to execute his idea, plus the uncertainty of knowing if his effort will produce any results.  This film is about the power of Hollywood and the media, and how it affects your life.

This is a movie that will cause introspection.  Are you willing to go through such self-examination and the conviction the Lord may bring to your life through it?  Learn more when you review this vital Crosstalk broadcast.

For a limited time, Crosstalk is making available ‘Power of the Air’ on DVD. This DVD is coming exclusively through VCY America and the Crosstalk radio program. You’re not able to acquire this from any other source.  We’re making one copy of this 90 minute film available for a donation of $18.00. However, we’d like to encourage you to get multiple copies, so for any multiple beyond 1 copy, they’re available for a donation of just $10 more.

This is for home use only.  These DVD’s cannot be used for church or group showings.