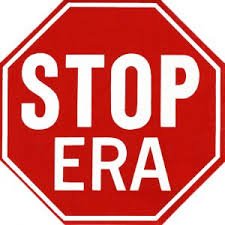 In 1972 there was a proposal put forth by Congress for interested states to ratify the Equal Rights Amendment (ERA).  It was sent to the states for ratification and one brave, determined woman, Phyllis Schlafly, went to battle against it by forming the ‘Stop ERA’ movement and she won.

Now, while many are being distracted by the so-called ‘impeachment inquiry,’ there’s an effort underway to try and undo history by legislatively removing the deadline that Congress had set for the ratification nearly half a century ago.

On November 13th, the House Judiciary Committee gave its approval to do just that.

Joining Jim to discuss this issue was Ed Martin.  Ed is the President of Phyllis Schlafly Eagles as well as affiliated organizations Eagle Forum Education & Legal Defense Fund and America’s Future.  Ed was nominated by Phyllis Schlafly to succeed her as the President of the Eagle Forum organizations. He’s a lawyer who holds advanced degrees in medical ethics and philosophy and was chief of staff to former Missouri Governor Matt Blunt.

House Joint Resolution 38 was introduced in January.  It currently has 217 co-sponsors of which 215 are Democrats, 2 are Republicans.  Jim indicated that it’s apparently about legislating away the deadline from 1972.

HJR 38 eventually went before the House Judiciary Committee and on November 13th it passed 21-11.

Ed noted that there’s a split on this within the Democrat party.  If you’re a hard-core liberal, you’re happy that the ERA would protect transgender rights, enshrine Roe v. Wade and also demand that taxpayer dollars pay for abortions.  Others claim they just want their daughters to be equal to their sons.

What does the future hold concerning the resurrection of this legislation?  Get the details and hear what listeners had to say when you review this Crosstalk broadcast.