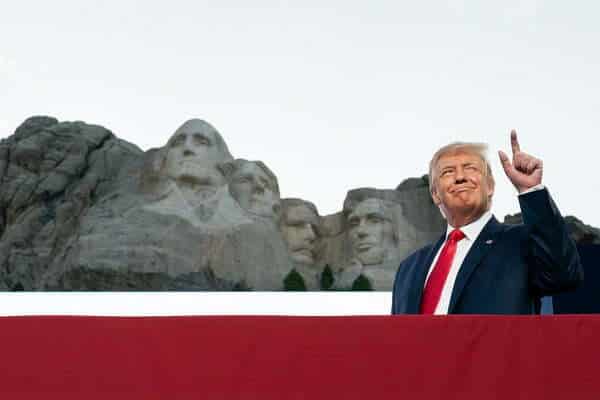 Elements of the secular media have been critical of President Trump’s speech from Mount Rushmore in celebration of Independence Day.  He pulled no punches as he presented historic highlights from the lives of George Washington, Thomas Jefferson, Abraham Lincoln and Teddy Roosevelt, while also warning of an attack on our liberty.  He described this attack as a ‘new far-left fascism that demands absolute allegiance.’

While some might dismiss this speech as a ‘dark’ attempt to rally his voter base,  others may see this as the president’s attempt to warn the public at large about a force that has already shown it has no respect for America’s values, traditions and history.

Where do you stand?  You be the judge, and hear what listeners had to say as well, when you review the president’s speech on this vital edition of Crosstalk.