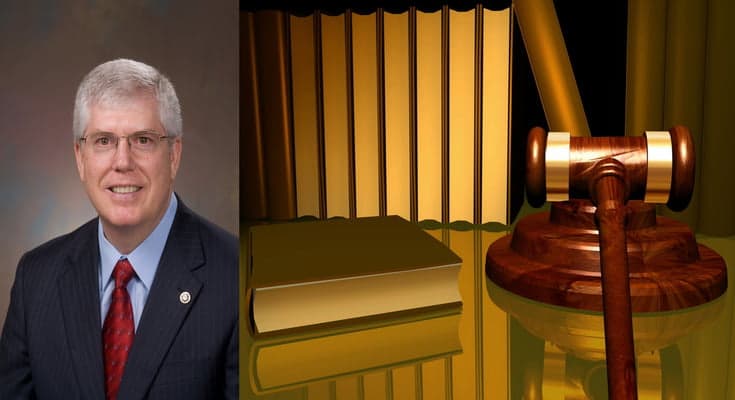 As this present term of the Supreme Court of the United States comes to an end before the summer recess, there’ve been a number of opinions that have been released.

Joining Jim with expert analysis on these cases was Mat Staver.  Mat is a constitutional attorney as well as founder and chairman of Liberty Counsel. Mat has argued before all levels of court including landmark cases before the U.S. Supreme Court.  He’s an author and the speaker on the radio programs, ‘Faith and Freedom’ and ‘Freedom’s Call.’

On Monday there was a case involving situations out of Washington and Colorado where they have ‘faithless elector laws.’  This means that the electors can be fined if they don’t vote according to how they’ve been pledged.  These electors were pledged to vote the way things went via the popular vote in their state and they didn’t want to vote that way.  They ended up being fined so they brought up a lawsuit.  Ultimately the Supreme Court said that the states can enforce their faithless elector laws.

The second case discussed was Little Sisters of the Poor Saints Peter and Paul Home v. Pennsylvania.  This case dealt with a Trump administration rule exempting religious employers from the Affordable Care Act requirement to give health insurance coverage for contraception and other abortion inducing drugs or devices in their health insurance plan.

The third case Mat looked at was Our Lady of Guadalupe School.  This case involved two Catholic schools with two Catholic teachers.  Both had to agree they would teach Catholic doctrine and sacraments.  When it came time for their annual review, both were let go.  They filed suit, claiming they had a right to be reappointed.

These are just the cases/issues discussed during the first quarter hour of the program. Find out about the rest, how the Supreme Court responded and how they affect you when you review this important Crosstalk broadcast.