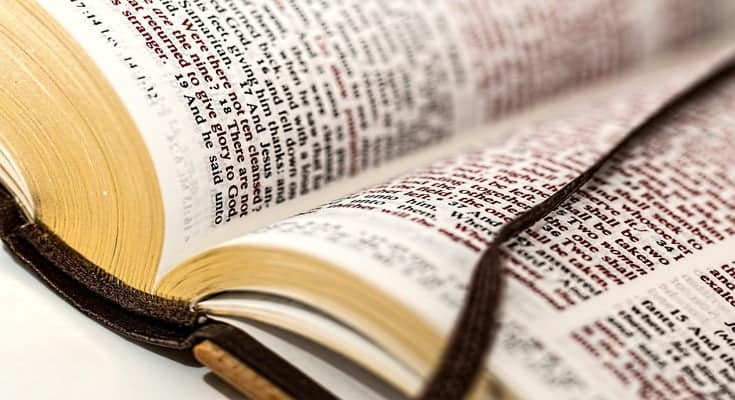 Isaiah 5:20 says, ‘Woe unto them that call evil good, and good evil; that put darkness for light, and light for darkness; that put bitter for sweet, and sweet for bitter!’

This verse was the theme for this broadcast as it pointed out current news stories showing how as a nation, we are mirroring the behavior prophesied by Isaiah.  Stories included:

–2 McAllen, Texas, police offers were killed Saturday in an ambush after they responded to a domestic disturbance call.

–The daughter of one of the slain officers was slammed on Twitter for posting the hashtag, ‘Blue Lives Matter’ in a moving tribute to her late father.

–A Wisconsin man allegedly used his father’s pickup to purposefully ram and kill a motorcyclist because he was white.

–An anti-fascist/anti-capitalist group (The Pacific Northwest Youth Liberation Front) is among the chief groups provoking conflict and violence in Portland.

–The Philadelphia arm of Black Lives Matter is calling for the complete abolition of the police department in five years along with the elimination of military bases abroad.

–Alexandria Ocasio Cortez suggested that the current increase in crime in New York City is the result of the efforts of financially struggling residents to feed their children.

–Police in Indianapolis investigating the murder of a young mother who was allegedly killed for telling Black Lives Matter activists that all lives matter.

–Moves to defund and discredit police departments have produced an alarming increase in crime in large Democrat run cities, including in New York City, where a one year old boy was shot and killed at a family picnic in a Brooklyn park Sunday night.

–3 more members of the Seattle City Council joined 4 others who want to defund the city’s police department by 50%.

–A professional psychotherapist who specializes in counseling those with unwanted same-sex attraction has denounced a recent social media ban on posts promoting ‘conversion therapy’.

Review this edition of Crosstalk and you’ll hear not only more stories, but also input from listeners around the nation.