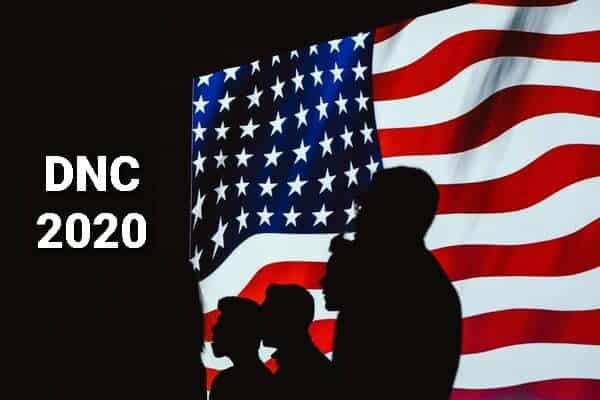 There’s so much news on the DNC Convention and COVID fronts that Jim hosted this special Crosstalk to deal with related issues.  Below is a brief list of included stories:

–The Democrat convention will be virtual and feature hundreds of live feeds from across the nation with four stages being set up in New York City, Los Angeles, Milwaukee, Wisconsin, and Wilmington, Delaware.

–In an appearance last week with Joe Biden, Kamala Harris noted that the president’s mismanagement of the coronavirus pandemic has plunged us into the worst economic crisis since the Great Depression.

–Footage from a demonstration on Wednesday shows protesters marching through an unidentified residential neighborhood harassing residents and informing them it’s high time they turn over their leases and/or mortgages to folks more oppressed than they are.

–President Trump signaled in an interview on Thursday that he would make a strong appeal to win over voters in the Democrat stronghold of New York.

–Representative Ayanna Pressley (part of the ‘Squad’) is calling for Americans to crank up the unrest in the streets.

–Nancy Pelosi is calling the House back into session from August recess to vote on the Delivering for America Act that will bar the Postal Service from making changes to its delivery service that it had in place prior to January 1, 2020.

–New York City’s annual 9-11 light display has been canceled and will not be displayed due to fears of spreading the coronavirus.

–200 restaurateurs in Pennsylvania are staging a revolt.  The owners intend to save their businesses by operating at a larger capacity with some added safety measures.

–A month old request from a Michigan hospital for emergency use authorization to treat COVID-19 patients with hydroxychloroquine has been denied by the U.S. Food and Drug Administration.

–An Arizona school district has been forced to cancel a planned Monday reopening after more than 100 teachers called in sick.

–An ethics professor at Western Michigan University is proposing a psychoactive morality pill that could be covertly administered, by tainting the water supply, to ensure lock down compliance in efforts to eradicate the coronavirus.