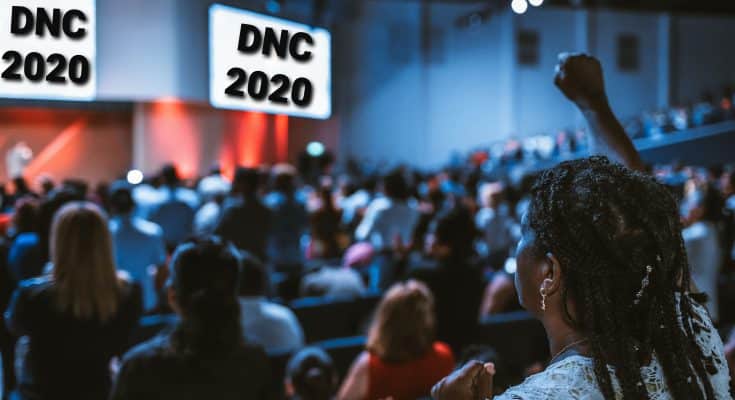 This edition of Crosstalk began with news of tragedy that unfolded in Kenosha, Wisconsin, yesterday as police officers sent to address a domestic disturbance shot and injured a black man.  Rioters reacted by burning businesses, throwing bricks and smashing windows.

Wisconsin Governor Tony Evers was quick to issue a statement after the incident in Kenosha criticizing law enforcement officials while at the same time admitting that we don’t have all of the details.

As the program moved into the recap of last week’s DNC convention, Jim presented the following:

–A nun who lead prayers at the convention told the Catholic media that the question of whether abortion should be opposed is above her ‘pay grade.’

–Jim provided audio showing that the DNC dropped the phrase ‘under God’ from the Pledge of Allegiance both in the Muslim and LGBTQ caucus meetings.

–Joe Biden has pledged to make the ‘Equality Act’ his top legislative priority.

–The DNC used a woman who was deported under President’s Clinton and flagged under Obama to attack president Trump.

–Former President Obama was critical of President Trump in his DNC speech, having emphasized that democracy is at stake.

–Former President Bill Clinton was also critical of President Trump, claiming that the oval office is currently full of chaos.

–Hillary Clinton expressed criticism of President Trump, warning that he might try to steal another term of office if people don’t turn out in large numbers for Joe Biden.

–Outside the Statue of Liberty, Chuck Schumer communicated his belief that Joe Biden will be a great president, but if we’re to win the battle for the soul of this nation, Joe can’t do it alone.

–Kamala Harris promised that Joe Biden will end the pandemic and that the Trump response has cost lives.

There was much more including excerpts read by Jim directly from the DNC platform and what they’re planning for America’s future.