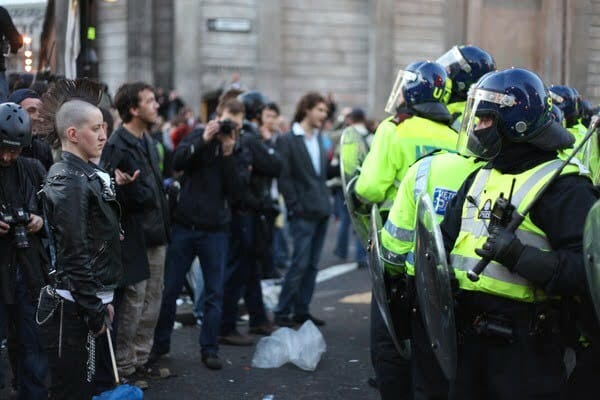 Chaos has broken out in Kenosha, Wisconsin, and it’s making national headlines.  A brief video clip has gone viral showing a Kenosha police officer shooting Jacob Blake in the back.  Jacob is in the hospital and as of broadcast time was listed in stable condition with some reports of paralysis.

In the aftermath, there has been 3 evenings of extreme violent protests in the city.  Businesses have been destroyed by arsonists and now 2 individuals have been shot and killed.  The Milwaukee Journal-Sentinel has reported that a teenager from Illinois has been arrested and is now jailed as a suspect in the killing.

Joining Jim to discuss this issue was Pastor Curtis McMiller.  He’s the pastor of Heritage Baptist Church in Kenosha, WI.  He was ordained to the ministry in 1997 and started Heritage Baptist in 2001.  He’s passionately involved in soul winning and calls up the body of Christ today to be the church.  In addition to serving the Lord, he also served his country having served honorably in the United States Navy.

Under the rubric of Romans 13, Pastor McMiller and Jim looked at the details surrounding both sides of the Kenosha incident, the response of Wisconsin Governor Tony Evers, the concern regarding outside agitators coming in to ‘fuel the flames,’ and in general, what the consequences can be when one resists the ordinance of God.