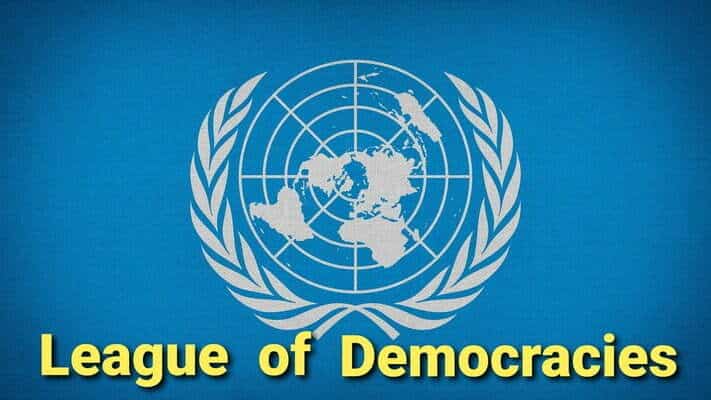 There is a growing push to form an alliance of 10 nations supposedly to counter dependence upon China.  It’s known as the League of Democracies or D-10.

Joining Jim to discuss this issue was Alex Newman.  Alex is an international freelance journalist, author, researcher, educator and consultant.  He’s a foreign correspondent for The New American and regularly attends UN and international summits.  Alex is co-author of the book, ‘Crimes of the Educators.’

The people pushing/marketing the League of Democracies are claiming it will start off as a justice team that will stand up to communist China, especially with regard to their attempt to take over the 5G industry.  After this it would involve itself in everything from fighting climate change to bullying nations that have tax policies that the ‘establishment’ doesn’t like.  As Alex noted, ‘…this could be seen as kind of another European Union-style government scheme that would usurp sovereignty from nations and that would advance the globalist objective.’

Alex believes the reason they’re resurrecting this idea is because President Trump has neutralized the United Nations as an effective force for promoting certain policies so they’re seeking a ‘Plan B.’

Review this broadcast and you’ll learn the ‘Genesis’ of this league, if President Trump is being pressured to join, the John McCain connection, can the D-10 handle another 4 years of President Trump and much more.

Fostering a Culture of Death