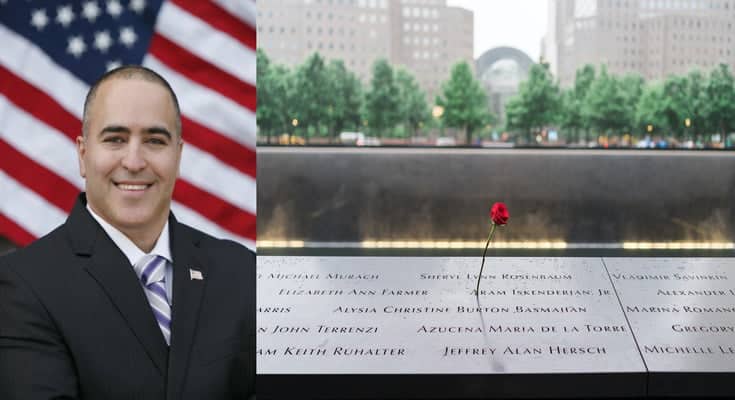 Many of us today will never forget September 11, 2001. Islamic terrorists commandeered passenger jetliners (American Airlines Flight 11 and United Airlines Flight 175) crashing them with menacing terror and purpose into the twin towers, the World Trade Center in New York.  Yet another plane, American Airlines Flight 77 was flown into the Pentagon and another plane, United Airlines Flight 93 (which at the time we did not know with certainty where it was headed) we learned held courageous passengers who used the words “Let’s roll” and overcame the Islamic hijackers aboard; taking the airliner down in a Pennsylvania field.  A total of 2,977 people were killed in New York City, Washington, DC and outside of Shanksville, Pennsylvania.  The loss however, impacted millions.

We once often heard the phrase, “Never Forget 9/11”.  But have we forgotten?  Have we forgotten the reasons why these planes were hijacked?  Have we forgotten the front line heroes that were killed (including 343 NY City firefighters, 23 NY City police officers and 37 officers at the Port Authority)?  When once we declared these people as heroes, now just 19 years later, we are vilifying law enforcement, and blocking access and threatening emergency workers from doing their jobs that we once hailed.

Joining us today as we remember 9/11: 19 Years Later – we welcome Shahram Hadian. Shahram is a former Muslim from Iran, who came to the states in 1978 and committed his life to Jesus Christ.  Shahram started the TIL Project (Truth in Love) which exposes the true goal of Islam and the threat of Sharia in America.  He has served as a pastor, a police officer, and a former candidate for Governor in Washington State.

So that we don’t forget – we ask Shahram why did these hijackers do what they did? What did he personally think when he heard George W. Bush declare Islam a religion of “peace?” What about the multiplicity of Islamic advisors now at work in some of the highest levels of our government? What about the significant expansion of mosque building across the nation? How many mosques are there now? What do they really mean? Will there be one built at ground zero? What about America today (the riots, the statues coming down, racism)?

These questions and much more are addressed – and we take your phone calls.