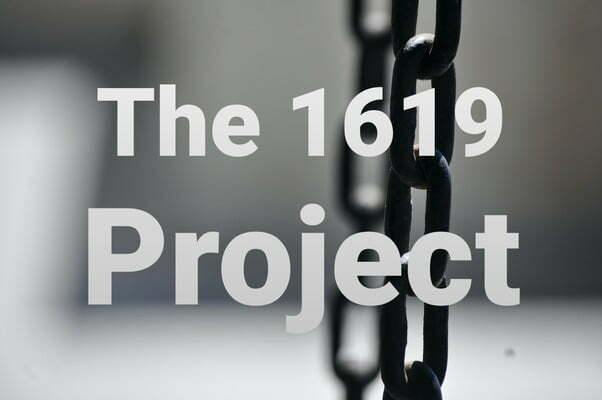 Across America there’s an attempt taking place to indoctrinate/brainwash children by seeking to convince them that we are a bad nation.  If children hear that message enough, before long it can become reality to them.

Is it any wonder that the news is full of riots, violence, rebellion and uprisings?  Actually, this is not be accident, it’s by design.  It’s called The 1619 Project.

Joining Jim to discuss this topic was Alex Newman.  Alex is an international freelance journalist, author, researcher, educator and consultant.  He’s a foreign correspondent for The New American, regularly attends UN and international summits and is co-author of the book, Crimes of the Educators.

The 1619 Project began as a series of New York Times published essays that came out last summer, timed to coincide with the 400th anniversary of the arrival of a ship in Jamestown, Virginia, carrying a group of 20 Africans.

Alex believes the entire project is based upon multiple false premises.  The main writer, Nikole Hannah-Jones, argues that the real birth year of America is not 1776 but actually 1619, when these indentured servants (not slaves) arrived in Virginia.  She believes that everything about America from that time forward has slavery, racism and white supremacy at its root.  That includes the American Revolution.

Hannah-Jones has also communicated that racism and slavery are embedded in the DNA of America.  Alex noted that she fails to take the next step and admit that if this really is embedded in our nation’s DNA, it can’t be fixed, just as a person’s DNA can’t be changed. This means the only solution is to destroy America and replace it with something else.

These essays became popular with liberals and progressives, was made into a podcast and now it’s a school curriculum designed to supplement or replace current public school history.