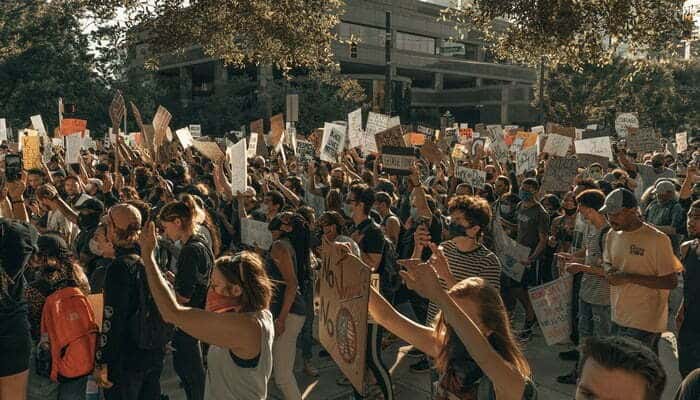 Americans have been seeing violence, looting and destruction.  We’re seeing the heritage of our nation under attack with statues being toppled and the renaming of schools, streets and parks.  This is all taking place because of the political incorrectness of our day.  Today, even the accurate rendering of America’s history is deemed offensive and we’re told it must be changed.

All of these acts are not accidental.  They’re part of a plan to permanently destroy and alter the course of America and as this program will show, there’s much more to come.  It’s called The Color Revolution.

Joining Jim with more on this critical issue was Laurie Higgins.  Laurie is the cultural affairs writer with the Illinois Family Institute.

Concerning the vacant Supreme Court seat, she believes it should be filled.  It’s constitutional for President Trump to nominate someone and for the Senate to take up the issue.  So she believes the idea that Ruth Bader Ginsburg’s dying wish should take precedent over the constitution is absurd.

She also believes we’ll likely see the same thing that took place with other nominees.  They will be savaged, showing that the ‘left’ will engage in lies and smears to get the absolute control they want in areas like the executive, legislative and judicial branches, along with the presidency.  After that, we’ll see attempts to eliminate the electoral college, the filibuster and give statehood to D.C. and Puerto Rico so they can secure control in perpetuity.

In recent writing from Laurie regarding the ‘color revolution,’ she’s indicated that the anarchy in our streets is being manufactured.  She gave credit to other writers/articles beginning earlier this month that looked at personalities and that it was discovered that they’ve been involved in the Obama administration and in efforts to impeach President Trump.  It was also discovered that many of these same individuals were involved in fomenting ‘color revolutions’ overseas including producing manuals concerning how to get rid of semi-autocratic and autocratic regimes.

This points to the fact that the ‘left’ sees President Trump as an autocrat.  So when you look at the features of a ‘color revolution’ that our government has implemented overseas, you’ll notice that those are the same activities taking place in our streets today.

What specifically do these ‘color revolution’ activities look like in our nation? Laurie noted the research of an individual from Duke University who wrote about this in Revolver News, a news aggregate site.  It’s defined as attempts to contest electoral legitimacy, organize mass protests, conduct acts of civil disobedience and leverage media contact to ensure favorable coverage for their agenda in the Western media.  This is their alternative to direct military intervention to affect regime change.

Laurie has more to share and listeners bring their questions and concerns as well on this edition of Crosstalk.