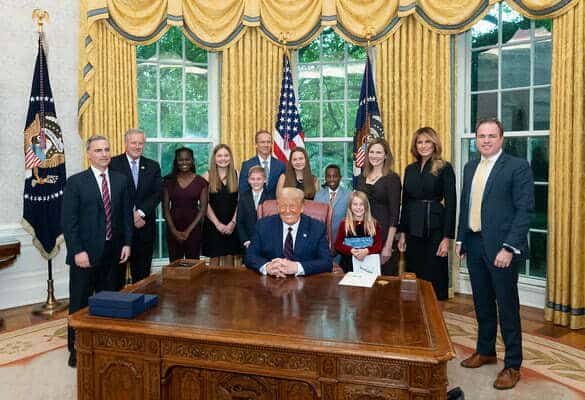 Last week the Senate Judiciary Committee met to question Supreme Court Justice nominee, Amy Coney Barrett, regarding her nomination to the United States Supreme Court. Mat Staver provids an analysis of her testimony and the questions that were thrown at her. If the vote scheduled for 9am, Thursday, the 22nd, is passed by the Senate Judiciary Committee, then it’s on to the full Senate. If Amy Coney Barrett is confirmed, this would be President Trump’s third justice appointed to the bench.

Meanwhile the issue of court packing continues to loom as former Vice President Joe Biden has refused to give a definitive answer on this issue.

During this Crosstalk program, Mat was probed with questions regarding the tricks to stop the hearings from proceeding, Amy’s stunning record of character and intellect, her mental preparedness for the hearings and quick handling of the questions. The program was wrapped up with answers to what “court packing” is and upcoming Supreme Court cases, followed by listener calls.