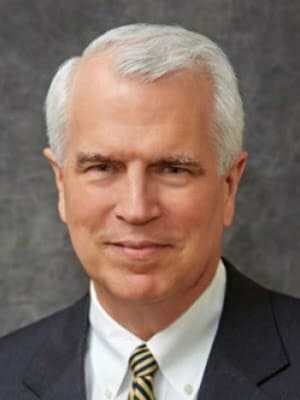 We have seen things unfold in this nation over the last few years that many never dreamed possible and it’s escalating quickly.  We see activist Islamic groups at work, we see the uprising of the Antifa groups and Black Lives Matter.  We see the battle in society over how we define marriage and how we define terms like ‘male’ and ‘female.’  We see the battle for the life of the unborn and those who are so committed to killing the most vulnerable among us that they will stop at nothing to accomplish their goal.  There is the Southern Poverty Law Center labeling Christian groups and traditional family groups as ‘hate groups.’  We see the eruption of so-called ‘peaceful protests’ that rioted, looted, and destroyed businesses in cities across the nation.

All of these things describe anarchy and it’s descended upon virtually every aspect of American life.  This push for anarchy is coming on multiple fronts but under the surface there’s a vital thread holding it all together.  According to the guest interviewed on this program, it’s an enormous flow of funding coming from radical leftist billionaire, George Soros among others.

George Soros was born a Jew in Hungary in 1930.  His parents had some evidence to believe that a holocaust that was coming so they placed young George with a Gentile man who claimed that George was his adopted son.  George later helped his Gentile mentor/adopted godfather confiscate some of the property left behind by Jews who were transported.

Winston Churchill once described Russia as a riddle wrapped up in a mystery inside an enigma.  That’s the way Dr. Wright described the George Soros of today.  He’s Jewish by birth yet hates Israel.  He denies God (he’s an atheist believing God was invented by man), yet claims himself to be some kind of a god which is not surprising as his personal goal is to be the conscience of the world.

Soros has given an estimated 32 billion dollars to left-wing causes here in America and around the world.  20 billion of that went to his ‘Open Society Foundations.’  This organization generates a billion dollars in income each year which he uses to promote his ‘values.’  According to Dr. Wright, those ‘values’ include abortion, LGBTQ activism, open borders, euthanasia, the legalization of prostitution and drugs, he’s against the Second Amendment and he’s for defunding the police.

Why is all of this significant if it involves just one man?  Find out as Dr. Wright ‘lifts the veil’ on George Soros on this vital edition of Crosstalk.