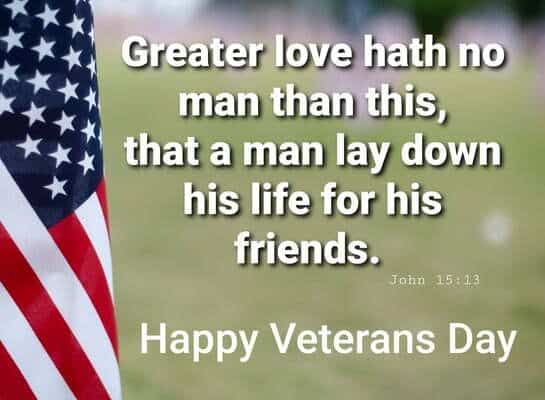 It was the 11th hour of the 11th day of the 11th month of 1918 that WWI ended.  In 1921 President Warren Harding had the remains of an unknown soldier who was killed in France buried in the Tomb of the Unknown Soldier at Arlington.  Inscribed on that tomb are the words: ‘Here rests in honored glory an American soldier known but to God.’

The Daily Signal reports that after WWII and the Korean War, Congress officially changed the name of Armistice Day to Veterans Day.  This holiday is distinct from Memorial Day in that Memorial Day honors those fallen, while the purpose of Veterans Day is to serve as an opportunity to reflect upon and honor the past and ongoing contributions of American veterans.

This broadcast is highlighted by listeners as Jim opened the phone lines to let people across the nation honor a veteran.