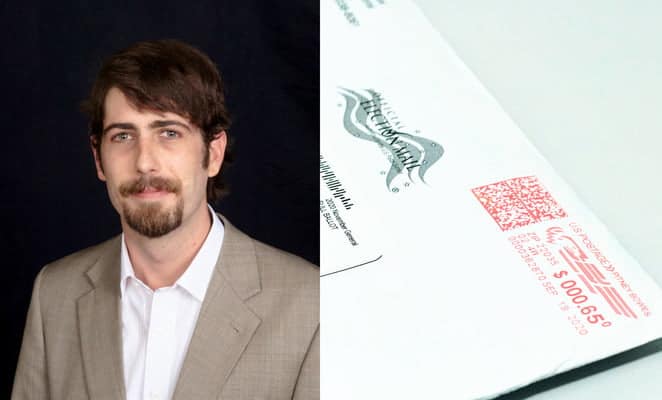 Upheaval continues around the 2020 election.  For example, Sidney Powell from President Trump’s legal team has alleged that Democrats had a widespread voter fraud operation on election day.

Here’s what else Jim reported:

–A mail carrier in Pennsylvania says he was ordered to collect late ballots.

–An election worker in Detroit signed an affidavit alleging she witnessed widespread election fraud including her fellow election workers attempting to coach voters to cast ballots for Joe Biden.

–The Trump administration has filed a lawsuit against the Michigan Secretary of State and Wayne County officials for improper conduct.

Joining Jim to sort through all of this was Alex Newman.  He’s an international freelance journalist, author, researcher, educator and consultant.  He is a foreign correspondent and regular contributor for The New American.

Alex believes that we’re dealing with, ‘…a clear, unmistakable and brazenly obvious pattern of voter fraud; massive, systematic voter fraud, designed to steal the election on an unprecedented scale.’

To give you an example of just how ‘unprecedented’ this is, Alex noted that President Trump ‘tweeted’  that there’s now reports and evidence that the Dominion Voting Systems (a crucial manufacturing company involved in the election process across multiple states and closely connected with George Soros) rigged the vote and took millions of votes from President Trump while providing them to Joe Biden.

In the end, Alex sees this not only as an attempt to steal the election but to overthrow our system of government.

This is just some of what you’ll hear from the first quarter hour of the broadcast.  There’s much more to take in and you can hear it all, including input from listeners nationwide, on this edition of Crosstalk.