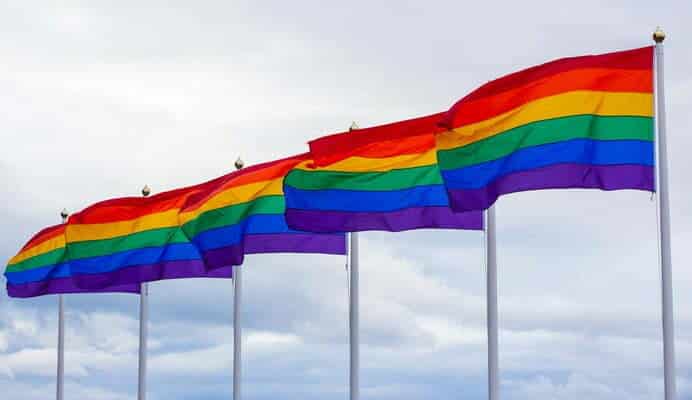 Peter LaBarbera is the founder and president of Americans for Truth.

NBC News reported that voters in six states handed 8 transgender, non-binary and gender non-conforming candidates victories in state legislatures. 3 of the nation’s current transgender state legislators won reelection.  At least 5 others, including an incumbent who was not previously ‘out’ as gender non-conforming, won on election day bringing the total to at least 9 once they all take office.

Peter responded to this news by noting it’s mainly homosexual, bisexual and transgender writers putting an emphasis on and cataloging all these ‘firsts.’  He sees the coverage as totally one-sided as it was against President Trump in the presidential news coverage.

The candidates are radical.  Peter explained that you have authors that were promoting transgender ideology to children.  Almost all are in favor of abortion on demand while also being in favor of taxpayer funding and forced insurance coverage for transgender sex-change/gender reassignment surgeries.

Then there’s Delaware’s 27th District where voters chose to elect an open homosexual who moonlights as a ‘drag queen.’

It’s getting ever more radical and Peter communicated that this is what the Democratic Party has become.  As he stated, ‘It has become the party of abortion on demand and radical homosexual, bisexual, transgender ideology.’

Here’s a sample of the remaining stories/issues Jim had Peter comment on:

–Voters in the Bible-belt states of Georgia and Tennessee elected the first openly homosexual members of their state legislatures which also includes a lesbian Episcopal priest.

–Fox News coming under great scrutiny for their election coverage.

–Richard Stengel, who advocates restrictions on free speech, has been appointed by Joe Biden to a key post in the presidential transition team.