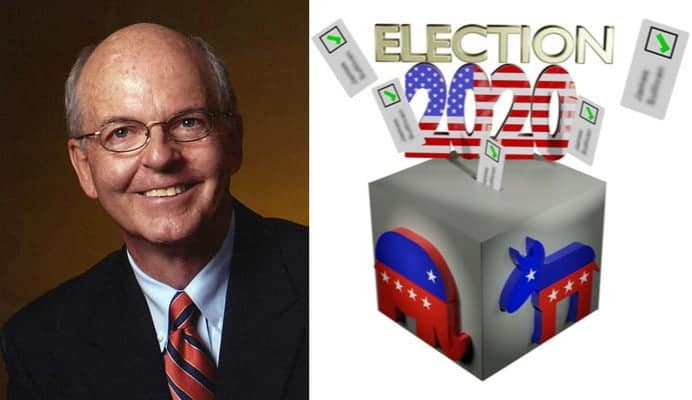 In just the past several hours, Rudy Giuliani and Attorney Sidney Powell held a 90 minute press conference pointing out election fraud in numerous states, an amount that they believe would be sufficient to overturn the projected winner for president in such states.

So what else might lead one to believe that irregularities had to be taking place in these battleground states?  All one has to do is take a look at some election oddities that no one else can explain.

Joining Jim to look at these factors was Bob Adelmann.  Bob is a former investment advisor, now a regular contributor to The New American writing primarily on economics and politics.

Here’s a handful of oddities that Bob discussed:

—How is it that Joe Biden ‘won’ the presidency when the Republicans gained, not only in the House, but in state houses across the nation.

–The S&P 500—If the market is strong (positive) in the 90 days leading up to the election, more than 90% of the time, the incumbent is re-elected.

–The Primary Model is a scientific model that goes back to 1912.  Since that year that model, based upon how voters voted in the primaries, has predicted who the president will be about 87% of the time.

–Over 450,000 ballots were identified that only have a vote for Joe Biden and no other down-ballot candidates.