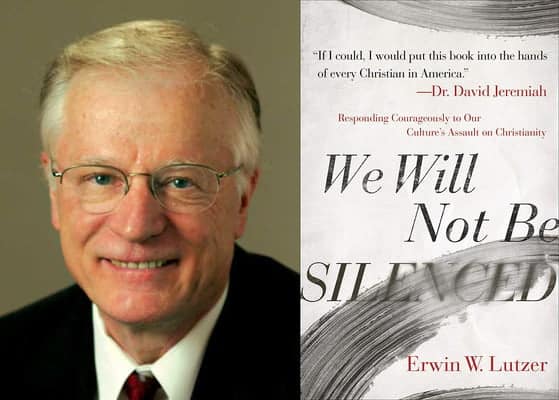 Dr. Erwin Lutzer is pastor emeritus of The Moody Church where he served as the senior pastor for 36 years.  He’s the speaker on radio programs such as Running to Win and Songs in the Night.  He’s the author of numerous books including the recently released, We Will Not be Silenced.

With the death of George Floyd in Minneapolis, Minnesota, the steady but increasing criticism of America became a flood that’s included much more than just the issue of race.

Is America really as bad as some would have us believe?  As Dr. Lutzer pointed out, the problem is that if you compare America to other nations, it’s hard to get people to hate us.  So the critics don’t dare compare us to other nations.  Instead they trash our history so that they can rebuild it under Marxist ideology as it pertains to law, education and economics.

Many people are viewed as victims today as well.  How does this play into the current tensions?  Under critical race theory, the idea is to divide people into two categories: the oppressors and the oppressed or the victims and the victimizers.  If you’re white, you fall into the oppressor category.  This makes you a person of privilege even if you’re born into poverty.  However, if you’re a black American and you’re wealthy because you’ve done well, you fall into the oppressed group simply because of your skin color.

As Dr. Lutzer noted, ‘Could there be anything more racist than people being judged by the color of their skin?’  Martin Luther King taught us not to judge one another by the color of our skin, but by the content of our character.  So the goal isn’t racial reconciliation.  It’s to keep the races in continual conflict.

This is just the beginning of a discussion that looks at numerous other factors that seek to silence the church while tearing our nation apart including: social justice, propaganda in relationship to sexuality, settling arguments through vilification and much more.

Will we confront or will we compromise?  It’s something to ponder when you review this vital Crosstalk broadcast.

More Information
The book, We Will Not Be Silenced, has 280 dynamic pages.  It’s a wake-up call and a must read if you really want to know where we are in society today and how we got here.  The book has just been released and to get it in as many hands as possible, our VCY Bookstore is offering it at 50% off.  It retails for $17.99 and the information is worth every penny.  However, for a limited time, the VCY Bookstore is offering this book at 50% off at just $8.98 plus any applicable tax and shipping.  The only way to get it at this price is by going to vcy.com or call 1-888-722-4829.  We suggest you not only get a copy for yourself, but one for your pastor and others as well.