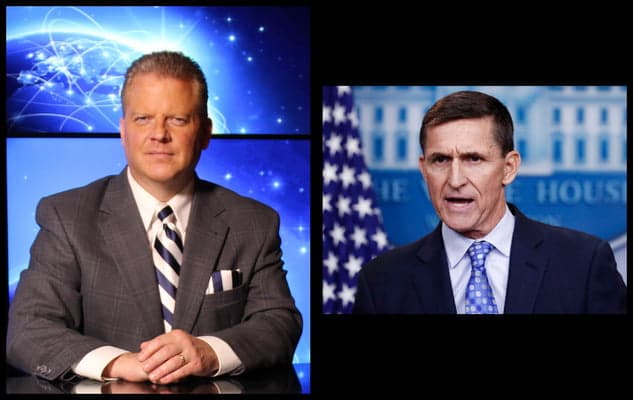 According to major media sources, the 2020 election is over and Joe Biden is president-elect.  Actually, it was the media that granted the title of ‘president-elect’ to Biden.  That’s despite the fact that there are numerous lawsuits occurring in multiple states where voter fraud has been indicated including activities like vote data dumps, missing USB cards, state legislatures introducing resolutions to dispute election results and Dominion software reportedly accessed by foreign governments.

As this situation plays out, people formerly involved at high levels of our government are presenting information that appears to verify the idea that fraud did occur and that the media is involved in deliberate censorship to cover it up.  Brannon Howse proves the point as he was granted the opportunity to be the first to interview General Michael Flynn since his pardon.  Brannon joined Jim to present excerpts of that interview for Crosstalk listeners.

Brannon became friends with national security author and researcher Mary Fanning.  Eventually Fanning introduced Brannon to 3-star General Thomas McInerney (retired).  He oversaw NORAD (Alaska), was in charge of nuclear weapons for the Pentagon and as a young man flew over 400 missions fighting the communists in Vietnam.

As you hear the excerpts from General Flynn, he explains…

Brannon followed this up by describing the impression this interview left on him and information from General McInerney that the general believes amounts to treason.

What is that information and does it indicate that the enemies of our nation are now ‘inside the wire’?  Become informed and decide for yourself when you review this edition of Crosstalk.

For more of the interview with General Michael Flynn go to: wvwtv.com