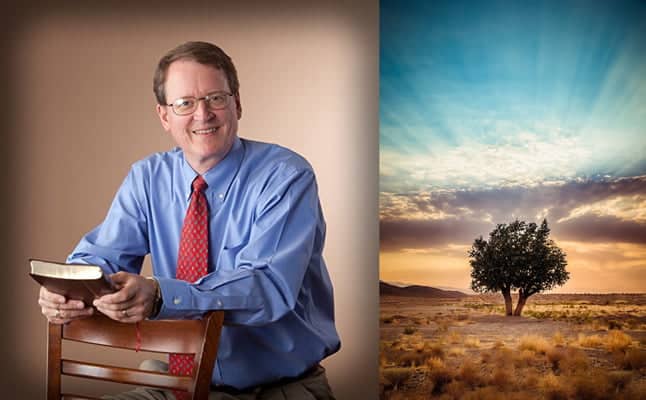 Dr. Terry Mortenson is a speaker with Answers in Genesis with a PhD in the history of geology.  He’s lectured on the creation-evolution controversy in some 35 countries since the 1970’s.  He’s also a theologian and an author of a number of books and articles including The Great Turning Point and has edited and contributed to the 14-author, Coming to Grips with Genesis: Biblical Authority and the Age of the Earth and other works as well.

On April 19, Ken Ham appeared on Crosstalk to discuss the issue of the deplatforming of conservative thought, particularly as it pertains to Genesis and the organizations that support what it teaches.  In fact, there are even churches and others claiming the name of Christ that are involved in this effort.

Part of that discussion dealt with an incident that involved AIG speaker Dr. Terry Mortenson who was speaking at an Arkansas church.  During the first service he explained that issues such as adultery, fornication, pornography, homosexuality, and transgenderism are contrary to the commands of God, therefore they are sin.

The pastor was upset by this and spoke with Dr. Mortenson after the service and communicated that he didn’t want him speaking on those issues, especially those related to LGBT.  Instead he wanted Dr. Mortenson to speak more about design and the wonder of creation.

So as not to communicate a spirit of division, Dr. Mortenson spoke at both the second as well as the evening services.  In the evening service he gave a lecture on millions of years, unscientific origin and catastrophic consequences.

Dr. Mortenson appeared on this edition of Crosstalk to bring greater detail concerning the points that were communicated, and why he believes the Bible’s teaching on origins and the issue of the earth’s age are not unimportant side issues.  As he put it, ‘…we are descending into moral insanity and darkness…This nation that was once so rooted in biblical truth, Judeo-Christian moral values and a biblical view of law and justice, is crumbling before our eyes.’