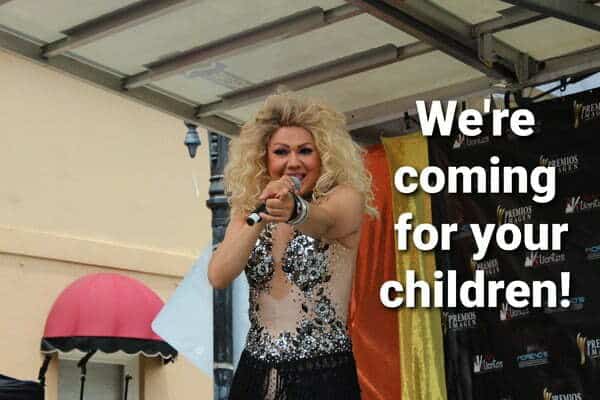 Last week on Crosstalk, Jim asked the question, “Have we been given over?”  On that program, Jim read from Romans 1, while also reviewing some of the events that had occurred during so-called, Pride Month.

Within 24 hours of the airing of that program, a disgusting video went viral from the San Francisco Gay Men’s Chorus.  (According to the Western Journal, some members appear to be convicted pedophiles.)  Although alleging to be tongue-in-cheek, the video boasted that the LGBTQ community would convert children of conservative parents and they are coming for them.

The men’s chorus received immediate backlash.  As a result, the group removed the music video from its channel.  Then they released a statement attacking far-right conservative media for reporting the lyrics to the song.

As this broadcast moved along, Jim presented the following:

Listeners from across America presented their comments to round out this broadcast.

To read the “Gay” Declaration as recorded in the Congressional Record, follow this link and scroll down to pages 21194-21195.