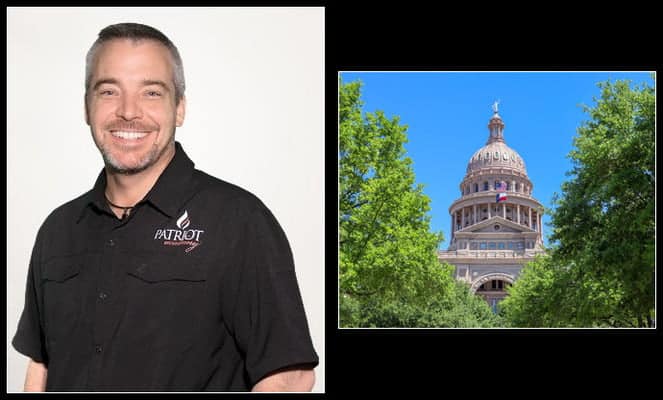 On Monday, several dozen Texas Democrats fled the state.  These legislators abandoned their responsibilities at the capitol and left their constituents hanging without representation.  It’s reported that the majority of the members flew to Washington, D.C., on private jets chartered for the occasion.

Joining Jim to discuss this issue was Rick Green.  Rick is an attorney, constitutional expert, a former Texas State Representative and founder of the leadership group, Patriot Academy.

Rick believes this is about stopping free, fair and accurate elections.  He indicated this is nothing new for Democrats.  They did it in 1870 to stop blacks from voting, they did it to keep the chaos going in the streets of Texas during Reconstruction and have been known to hide out in a room of the capitol.  They did it in 1970, 1981, 1991 and 2003.  For Rick, the bottom line is that when they don’t have the votes to win the day, instead of going back to the people of Texas and offering a good, persuasive campaign and winning more votes and members of the legislature, they shut down the republic and prevent legislation from being passed for the people.  In this case the legislation (House Bill 3/Senate Bill 1) makes it easier to vote and harder to cheat, yet Democrats are against it.

Rick commented on numerous aspects of this topic such as the specifics of the legislation, the reality of possible arrests and more.  He also responded to audio clips from Texas Representative Rhetta Bowers, Chuck Schumer and President Joe Biden.

Listeners brought their input to the discussion as well.