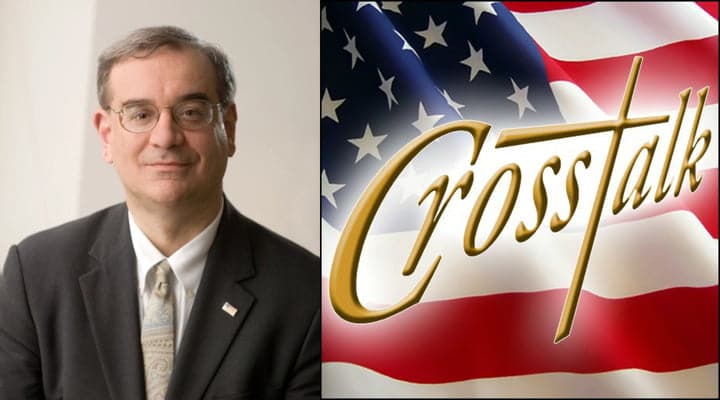 Why does it seem that any attempts at reasonable border policy designed to protect America is systematically being undone by the current administration?  For example, yesterday President Biden released a 21 point plan to process asylum claims and bypass immigration courts.  Tens of thousands who have entered the U.S. illegally are reportedly being released without court dates.

Joining Jim to give Crosstalk listeners an update on this issue was Mark Krikorian.  Mark is a nationally recognized expert on immigration issues serving as the Executive Director of Center for Immigration Studies.  They are an independent, non-partisan research organization examining and critiquing the impact of immigration on the United States.  He’s testified numerous times before Congress and has published articles in many outlets.

So what are the current numbers concerning those crossing the border illegally as opposed to how many are being returned?  According to Mark, since President Biden was inaugurated, we’ve had between 150,000 and 190,000 illegal immigrants arrested at the border.  Some of them have been arrested several times.

The adult males were turned around and sent home.  Then there are those who are released into the U.S.  This includes the adults who bring children with them.  These minors (most of them teenagers) had their parents pay others to have them smuggled to the border.  At that point they cross on their own and therefore are listed as unaccompanied minors.

Mark said they’re not really sure, but the number of those formally released into the U.S. stands at about 200,000 so far this year.  Most will not get asylum and will simply become illegal aliens.

There was a report this week that about 50,000 individuals were released by the Biden administration without even receiving a court date.  They were released with a piece of paper asking them to turn themselves in to Immigration and Customs Enforcement (I.C.E.) when they’d get to their destination.  Mark indicated that around 85% never did.

Things have become so crazy that this administration was actually hoping that the numbers would drop once the temperatures went up.  Instead, the numbers went up in June so there’s no reason to think that the July numbers will be lower.

Believe it or not, it gets worse.  After an illegal alien obtains their notice-to- appear, if they don’t show up, the judge can order that they be deported.  However, if they’re found, they don’t need to go back to court.  They’re told they’re in the system and that they’ve been deported.  The problem is that if they aren’t given a court date, and they’re let go and don’t show up, ICE has to find them (Mark says they’re not even allowed to look for them now) and give them the court date!  Then when they don’t show up, ICE has to find them again to throw them out!

This is just a small portion of an information-packed broadcast that will get you up to speed on this topic.  Hear much more, including what listeners had to say, when you review this edition of Crosstalk.