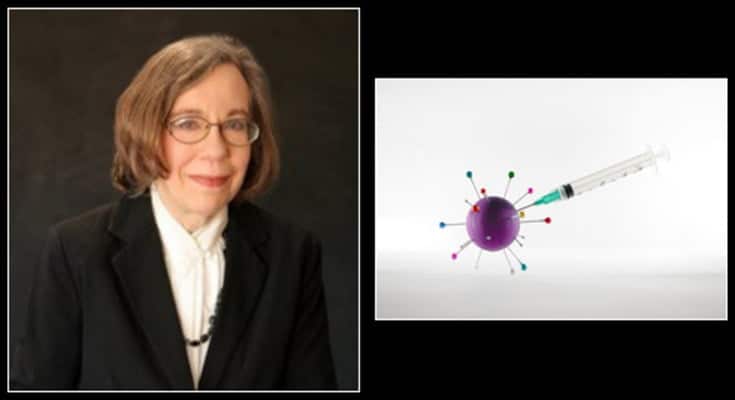 The rhetoric and political statements pertaining to COVID and the COVID shot are heightening and becoming more directed around the world.  Just a week ago we aired an audio clip of Chris Hipkins, the Minister for Covid-19 Response in New Zealand, who spoke of chasing people down by the end of the year to get the jab. The President of the Philippines is now saying that Filipinos who’ve refused to get vaccinated should not be allowed to leave their homes and that the police should escort those back home who try to leave.  He said people who are without the shot are walking spreaders.  Here at home, President Biden just stated that we have a pandemic because of the unvaccinated and that they’re sowing enormous confusion.  Also speaking on MSNBC, New York City Mayor Bill de Blasio said “the voluntary phase is over.” All this while mask mandates are being re-instituted around the country.

Appearing on Crosstalk to bring her perspective on this issue was Dr. Jane Orient.  Dr. Orient is a medical doctor and executive director of the Association of American Physicians and Surgeons, a non-partisan professional association of physicians in all types of practices and specialties across the country.  They are dedicated to the highest ethical standards of the Oath of Hippocrates and to preserving the sanctity of the patient-physician relationship and the practice of private medicine.  She obtained her undergraduate degrees in chemistry and mathematics from the University of Arizona in Tucson and her M.D. from Columbia University College of Physicians and Surgeons.  She completed an internal medicine residency at Parkland Memorial Hospital and University of Arizona Affiliated Hospitals and then became an Instructor at the University of Arizona College of Medicine and a staff physician at the Tucson Veterans Administration Hospital.  She’s been in solo private practice since 1981.  In addition to AAPS, she is managing editor of Doctors for Disaster Preparedness and managing editor of the Journal of American Physicians and Surgeons.

Dr. Orient began by noting that we didn’t have variants before we began vaccinating.  So she wonders if vaccines are acting like antibiotics and selecting out new strains that are less susceptible to the antibiotic or in this case, the vaccine.

What about those contracting COVID who’ve been vaccinated?  Jim mentioned a Daily Mail report indicating that vaccinated individuals in Britain make up almost half of the COVID cases in that nation.  Dr. Orient said that you’ll hear the opposite in the mainstream media, but if you look outside America, it looks as though those who are vaccinated are hit just as hard.

Jim then played an audio clip from President Biden where he said, “…but if you’re not vaccinated, you’re not nearly as smart as I thought you were.”  He went on to say, “We have a pandemic because the unvaccinated, they’re sowing enormous confusion.”

Dr. Orient then asked why, with half the nation vaccinated, we supposedly have more COVID cases?  Some of these are “breakthrough” cases and in addition, 30 million Americans have recovered from COVID.  They all have natural immunity, antibodies and T-cells.  She also communicated that there are studies showing that if you’ve recovered, you’re no more likely to get infected than if you’ve received a vaccine.

How does Dr. Orient feel about hydroxychloroquine and ivermectin?  Should there be a concern over blood donated by people who’ve received one of the vaccines?  What about vaccination passports and identifiers for those who’ve chosen not to receive the vaccines?  These are just a few of the questions you’ll get answers to when you review this edition of Crosstalk.