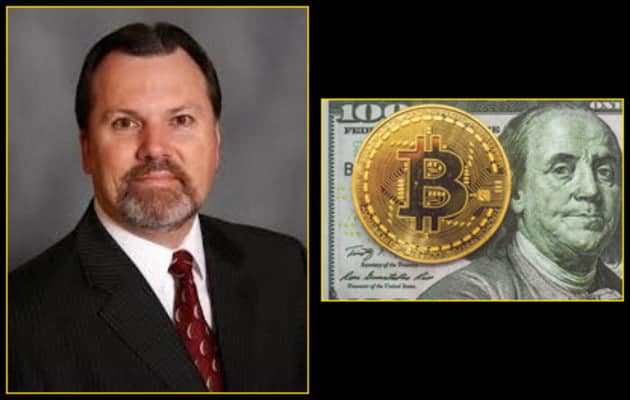 We seem to be on the cusp of greater government control as we see a multi-pronged effort advancing us all toward globalism.  What’s behind this and what’s propelling it?

Joining Jim to discuss this was Gary Kah.  Gary is the founder and director of Hope For the World.  Gary is the former Europe and Middle East Trade Specialist for the Indiana State Government.

We’re being told that cash is “dirty” due to COVID concerns and we must move on.  Gary believes the public narrative on this is coming down from the World Health Organization (WHO).  Since March of 2020, the WHO has been encouraging digital and contact-less point of sales.  He communicated that if you were trying to force this agenda on the world, the best way to do it would be in the name of public health.

The central banks of the world have been preparing for a switch-over.  He believes they’ve been ready for this for over two years and that the coming global currency system will make use of digital technology and may take the form of an electronic monetary unit.  What he’s not sure of is whether initially this emerging economic system will still utilize a number of different currencies and give them differing values while still being electronic or will there be one currency for the whole world.  Some international banks have already been using a common currency to settle some accounts.  This is known as Special Drawing Rights or SDR.

Why would people embrace a new worldwide currency system, especially one that’s cashless, if they don’t have a reason to do so?  If the current system is working fine there’s no reason to change.  So Gary believes that part of the strategy, through the World Economic Forum and their allies, involves invoking a scenario that will most easily cause people to accept this.  This means the current economic system has to be collapsed or there needs to be such a major threat of collapse that people will claim something has to be done.

As Gary continued he looked at the following:

Listeners from around the nation provided input to round out the broadcast.

The LORD is with you, while ye be with him; and if ye seek him, he will be found of you; but if ye forsake him, he will forsake you.
2 Chronicles 15:2b