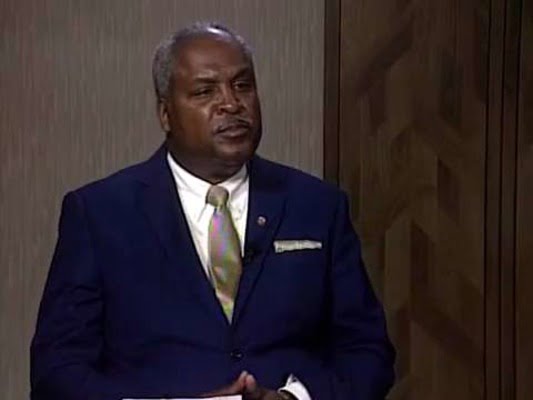 Joining Jim to break down this theory and its implications was Pastor Curtis McMiller.  Pastor McMiller has been the pastor of Heritage Baptist Church in Kenosha, WI, for 20 years.  A passionate soul winner, he’s the speaker on the radio program Answer the Call which airs on WVCY-FM, Milwaukee.

What exactly is CRT?  Pastor McMiller defined it in a couple of ways, one being “…an ideology that divides the world between the oppressed groups and their oppressors in an effort to liberate the oppressed.”

3 individuals in particular were instrumental in forming Critical Race Theory.  They include Richard Delgado from the University of Alabama, Derrick Bell, one of the first black men to receive tenure from Harvard Law School and Kimberle Williams Crenshaw, a lawyer and civil rights activist.

Pastor McMiller described CRT as a theory that borrows concepts from classic Marxism.  According to Karl Marx, there are various working class people including those involved in industry and those over it.  From that perspective, if you were a common worker, you were part of the lower ranking class as opposed to those who own manufacturing companies.  He considered this latter group to be the oppressors.

CRT theorists believe that the concept of absolute truth is something to be rejected.  They contend that societies are always evolving, therefore they view the Bible as consisting of outdated customs and teachings that are no longer valid.

What does CRT mean when it refers to “systemic racism” in the U.S.?  What does the term “woke” mean?  Is CRT an attempt to question God’s authority?  What are some of the institutions that are catering to CRT?  Pastor McMiller answers these and other questions on this timely edition of Crosstalk.