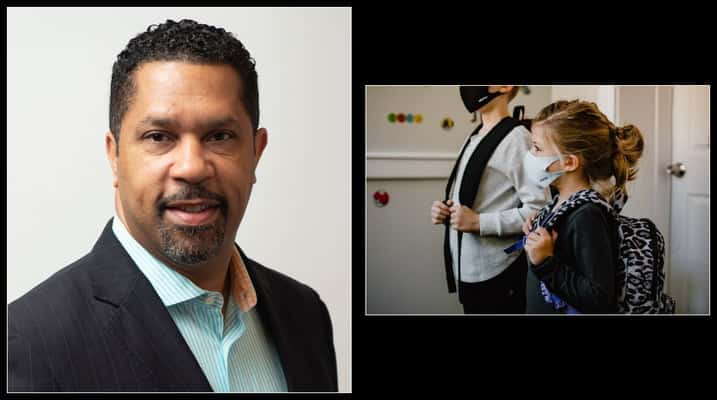 Battles are being waged in classrooms across America.  Much of it centers around curriculum, practices and policy and sometimes over matters such as political correctness.  Sadly, oftentimes students are caught in the crosshairs, being used like pawns on a chessboard.  As a result, they are the ones that end up being victimized by the system.

Fortunately there’s a growing chorus of parents that are rising up and pushing for the ability to make educational choices that are best for their child.

Appearing with Jim to discuss this issue was Rev. Michael Benjamin.  Michael served as the National Director of Grassroots Advocacy and Mobilization for the American Federation for Children and led a team that oversaw the grassroots advocacy and mobilization efforts, which maintained and cultivated an extensive advocacy base on behalf of our nation’s children that are in most need of equitable educational opportunity and access.  Michael now serves as AFC’s Senior Advisor for their faith-based leadership engagement, grassroots advocacy and mobilization efforts.

Michael has worked in the educational choice field since 2000 and has established a national reputation for his efforts to engage, recruit, organize, train and mobilize supporters of educational choice. In 2001, he co-founded Step Up For Students, which oversees the Florida Tax Credit Scholarship for low-income students and helped convince the legislature to create a program. The program now serves over 100,000 low-income students in over 1,800 schools throughout Florida.

For several years he’s also served on the national board of the Black Alliance of Educational Options.

Michael began by stating the following: “The mandate is to educate the public.  It is not to sustain a system over children.”  He went on to note that in order to do this, there are many avenues one can take to get there and to put educational choice options on the educational ‘menu’ and leave it up to the parents to decide what’s best for their children.

He sees the pandemic as having exacerbated these issues where in some situations, parent have had to educate their children and as a result, they’re finding out what their children know and don’t know.

When asked about the state of education in America today, he indicated that we’re in trouble.  Children are being graduated that aren’t educated and not functioning at a level that will allow them to meet their hopes and dreams.

Perhaps the most shocking thing he mentioned that’s an outgrowth of this is that if you’re not reading on grade level by the 3rd grade, they’re already building a prison cell for that individual and with the privatization of prison cells, they’ll need customers in order to build their revenue.  If you look at the demographics of who’s already there, it would appear this may not be, as he noted, an “uncoordinated, haphazard situation.”

The discussion continued by providing Christian parents with options that can help them and their children become part of the solution.  With that focus in mind, Jim had Michael comment on alternative programs such as home schooling, vouchers, education savings account programs and scholarship tax credit programs.

Comments from listeners round out this very informative program.