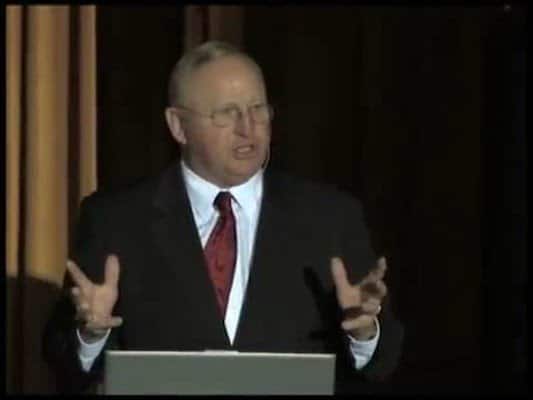 Amidst the many problems in our world today, we can’t forget the ever present force of secularization.  It attacks Christian values and even God himself where we see people claiming that there is no God.

How can you reach such individuals?  Do you realize that you may already be in possession of a tool that you can use to prove the existence of God?

Returning to Crosstalk to discuss this issue was Dave Benoit.  Dave led a very rebellious teenage life which led him to reform school.  However, the Lord got a hold of him, and at age 17 he placed his trust in Jesus Christ as Savior.  He went to Bible college then entered the ministry as a youth pastor, then later as a Word of Life Bible Club Director.  In 1984 he founded Glory Ministries in which he exposed the truth of the damaging effects of rock music on society.  In later years he exposed the gripping hold of the occult and New Age movement on our society and even how it penetrated into Christian homes and churches.  Dave has a heart as an evangelist to see people come to the Savior.

Dave began by presenting the example of an atheist professor who would open up his class by taking a piece of chalk and say that he was going to drop it and if it doesn’t break, he’ll become a Christian.

Dave wondered if there is a similar kind of response that Christians could provide.  What if millions of Christians presented such individuals with the following challenge: If you can open my cellphone with your body, I’ll become an atheist.

His point was to show that out of nearly 8 billion people on planet earth, we are all different when it comes to our fingerprints, our faces our retinas and our voices.  These are the various categories that high-tech engineers depend upon when designing security features for our mobile devices.

So no, the skeptical atheist will never be able to open your mobile device with his/her own body.  Your uniqueness out of nearly 8 billion people could never have come about by random chance processes.  However, what that uniqueness does show is how we are fearfully and wonderfully made by our Creator!