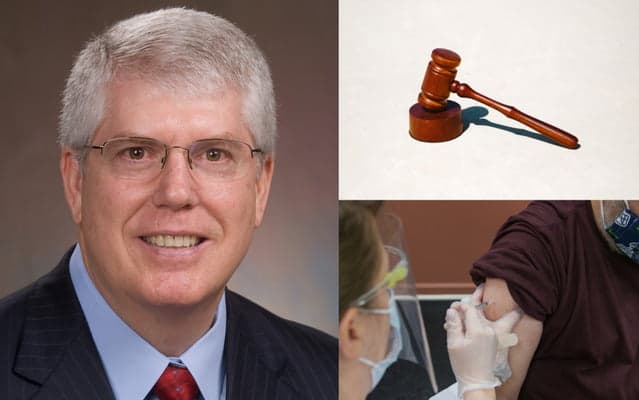 All over the country, chaos is erupting as forced COVID shots are being mandated by government agencies and by private employers. WND.com reports that 40% of TSA agents have not received the shot as the mandate deadline looms. Many pilots are protesting the requirement and saying this is only the beginning of transportation woes. State troopers and police officers in many states are saying they will not accept this forced shot and as such they are either retiring or being terminated. Just imagine how this is going to impact public safety.

The medical field is also reeling from this as medical personnel across the country are losing their jobs. They at one time were applauded, now they are despised. Western Journal reported that an anesthesiologist at UCLA was escorted out of the UCLA medical plaza and placed on unpaid administrative leave for refusing the jab. Nurses in Illinois have seen a “blanket denial” to their religious exemptions.

Less than two weeks ago Attorney Mat Staver was with us on Crosstalk indicating they Liberty Counsel was preparing a class action lawsuit against the Biden Administration on behalf of members of the armed forces, federal employees and contractors who have been unlawfully mandated to the COVID shots or who face dishonorable discharges from the military or termination of employment.

Those who know Mat Staver know he’s not a man of talk, but instead a man of action. This past Friday, October 15th, that lawsuit was filed. Mat Staver joined Crosstalk to expound upon the details of this lawsuit.