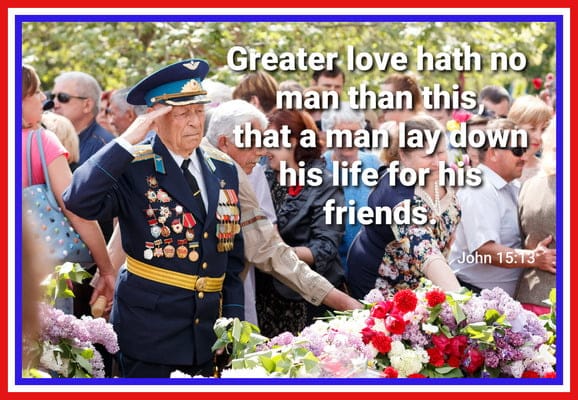 What military veterans mean to us all was perhaps never better communicated than through the words of Ronald Reagan.  From a speech recorded during the Veterans Day Wreath-Laying Ceremony at Arlington National Cemetery in 1985, the late president said:

“It is, in a way, an odd thing to honor those who died in defense of our country, in defense of us, in wars far away.  The imagination plays a trick.  We see these soldiers in our mind as old and wise.  We see them as something like the Founding Fathers, grave and gray haired.  But most of them were boys when they died, and they gave up two lives-the one they were living and the one they would have lived.  When they died, they gave up their chance to be husbands and fathers and grandfathers.  They gave up their chance to be revered old men.  They gave up everything for our country, for us.  And all we can do is remember.”

You can hear the rest of that address, as well as what listeners had to say, as they honored veterans on this special edition of Crosstalk.