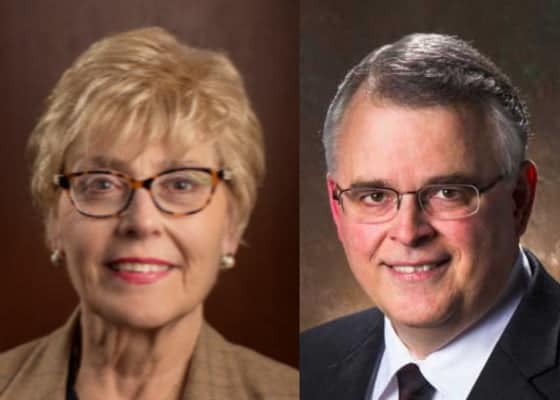 Free speech is under attack.  It’s often targeted by those on the “left” who want to gag the speech of those who espouse conservative values or any information that the “left” doesn’t want released for public consumption.  This takes place on numerous fronts and one of them involves speaking out on the issue of elections.

This has resulted in the recent filing of a lawsuit in Green Bay, Wisconsin.  The case is known as Wisconsin Family Action v. Federal Elections Commission.

Joining Jim to discuss this lawsuit were two guests.  The first was Michael Dean.  Michael is an attorney with First Freedoms Foundation, a public interest law foundation defending historic civil liberties and constitutional principles through litigation and education.

Also part of the discussion was Julaine Appling, president of Wisconsin Family Action.

Michael described how special interest groups (such as Wisconsin Family Action) organize such lawsuits for a particular purpose.  In this case a left-leaning group in Washington known as Citizens for Responsibility & Ethics in Washington (CREW) were looking for a specific result.

The D.C. Circuit had the case of CREW v. The Federal Elections Commission (F.E.C.) before them.  The case grew out of their lawsuit to force the F.E.C. to prosecute

a group known as Crossroads, a 501(c)4 organization which is the same IRS classification held by Wisconsin Family Action.  It was a high-profile case because it was going after an organization on the “right”.

In this case we’re dealing with the Federal Election Campaign Act.  So when Julaine wanted her organization to become involved with federal elections, it meant looking at federal law and at that time the CREW case decision had just been released.

At this point in the broadcast, Michael described the legal nuances concerning contributions vs. expenditures and how this plays out under the statute that’s being considered.  Under the statute, an organization like Wisconsin Family Action that makes over $250 per year in expenditures (such as on advertising advocating for or against a federal candidate), must disclose all the contributions, including the identities of the contributors names, etc. to the F.E.C.  These would be individuals who contributed $200 or more to the organization in any year.

Review this program and you’ll learn much more from Jim, Michael and Julaine and later in the program you’ll hear what listeners had to say as well.