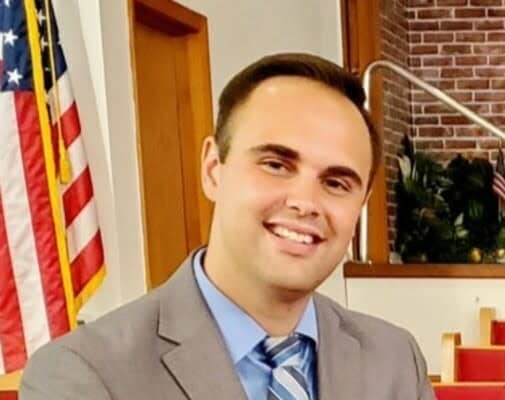 Jared Young is the pastor of Liberty Baptist Church in Bowling Green, Kentucky.

Pastor Young began by describing how he and his wife were led by the Lord to start a Baptist church in the Bowling Green, Kentucky, area about a year and a half ago.  Little did they realize that not long after, they’d find themselves called to ministry in the midst of great devastation.

It all began last Friday evening when a severe weather system came through multiple states.  Tornadoes formed in Arkansas bringing 150 MPH winds.  Although the damage was widespread, much of the focus has been on Kentucky.  The media has reported that at least 90 people have lost their lives, 80 of them from Kentucky and of those from that state, at least 12 of them were children, including a 2 month old.

Mayfield, Kentucky, was leveled.  Damages and economic loss could amount to 18 billion dollars which could make it the largest in American history.

Bowling Green was also hit. 11 of the 15 killed there were from two families.  7 of them were children.

Join Jim as he let’s Pastor Young describe how he, his wife, and the congregation were the hands and feet of Christ to migrants, first responders, and others in the local community.  You’ll also learn how you can help with recovery because the effects of the tragedy will last far longer than the news coverage.