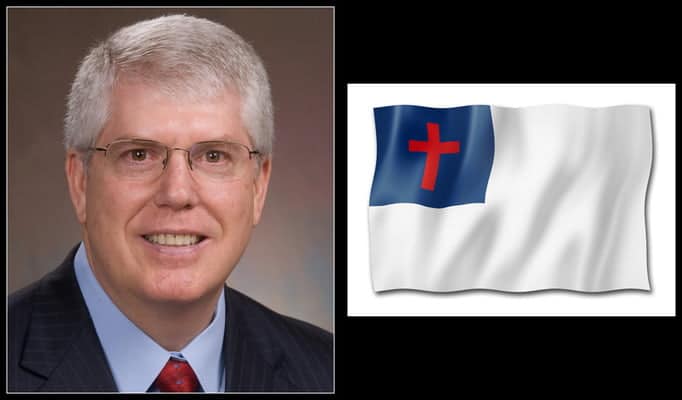 This is a very significant term for the U.S. Supreme Court.  They’ve already heard  oral arguments on a case that has the potential to overturn Roe v. Wade.  Another case deals with the Texas heartbeat law.  Last Friday they heard cases pertaining to vaccine mandates and next week, the case of Shurtleff v. City of Boston comes before the court.

Appearing on Crosstalk to discuss this upcoming case was Mat Staver.  Mat is the founder & chairman of Liberty Counsel.  He’s a constitutional attorney with over 300 published legal opinions, has authored 8 scholarly law review publications and 10 books.  He’s also filed numerous briefs, argued in many federal and state courts and has also argued two landmark cases before the U.S. Supreme Court.

Next Tuesday, Mat will be presenting oral arguments before the U.S. Supreme Court in a case known as Shurtleff v. City of Boston.

Boston has a policy that states public forums are open to all applicants.  So for 12 years they’ve designated one of the flagpoles as a place of public forum so that people can temporarily raise a flag that dealt with their particular event.

Camp Constitution filed an application for September of 2017 to honor Constitution Day as well as Citizenship Day which is a federally recognized day of celebration and honor.  They wanted to fly the Christian flag in recognition of the Christian community in Boston and the Commonwealth of Massachusetts with respect to the history and founding of the Constitution and the founding fathers.  However, Camp Constitution’s request to fly the flag for their 1 hour event at the base of the flagpole was denied, not because of the flag itself, but because of the word, “Christian”.

If the city of Boston gets away with this, what else might they be able to do?  Get the answer to that question, hear commentary concerning other Supreme Court cases, and hear what listeners had to say, when you review this edition of Crosstalk.