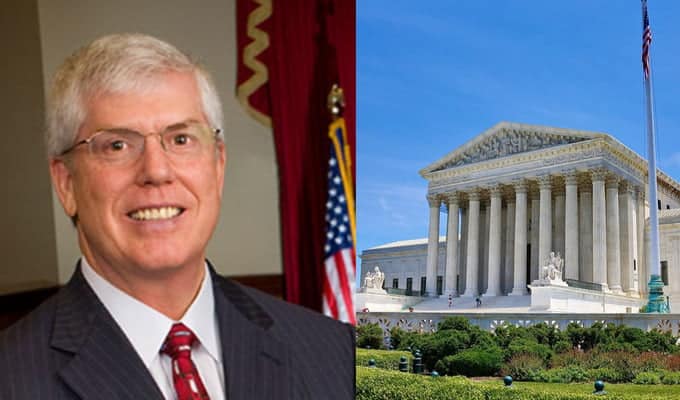 This is a critical term for our court system with religious liberty and life hanging in the balance.  The guest on this Crosstalk is not one that shies away from controversy but is front and center fighting for your religious rights.

Mat Staver is founder & chairman of Liberty Counsel.  Mat is a constitutional attorney with over 300 published legal opinions, has authored 8 scholarly law review publications and 10 books.  He’s filed numerous briefs and argued in many federal and state courts.  He has also argued landmark cases before the U.S. Supreme Court.

Last week Tuesday, Mat presented oral arguments in the case of Shurtleff vs. City of Boston.  As Mat reported 2 weeks ago (See Crosstalk for January 10th), Boston has a policy that states public forums are open to all applicants.  So for 12 years they’ve designated one of the flagpoles as a place of public forum so that people can temporarily raise a flag that dealt with their particular event.

Camp Constitution filed an application for September of 2017 to honor Constitution Day as well as Citizenship Day which is a federally recognized day of celebration and honor.  They wanted to fly the Christian flag in recognition of the Christian community in Boston and the Commonwealth of Massachusetts with respect to the history and founding of the Constitution and the founding fathers.  However, Camp Constitution’s request to fly the flag for their 1 hour event at the base of the flagpole was denied, not because of the flag itself, but because of the word, “Christian” on the application form.

It appears the justices were rather puzzled as to how this case ever got as far as it did.  It’s as if they were bewildered as to why the lower courts did not see this as a breech of religious liberty.

The case comes down to whether this is people’s private speech as they put up the flag, or if the flag was government speech.  Mat indicated a decision could come as early as May.

This broadcast also looked at other talking points including the March for Life, whether we’ll see Roe v. Wade overturned and vaccine mandates.