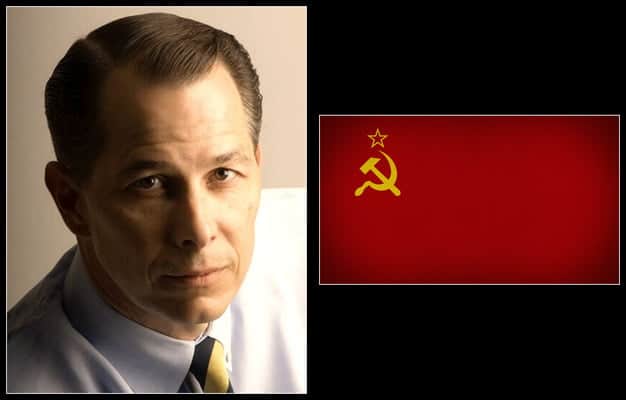 There was a great disinformation campaign that sought to stop President Trump from receiving the nomination for president.  He was targeted by those who espoused a globalist/deep state agenda, and who like Hillary on election night, were stunned that plans to advance their agenda now had opposition.  Then from his very first day in office, the president continued to be targeted.

The effort to somehow tie Donald Trump to Russia was dominant on a daily basis in the news but was found to be false.  Who was behind this?  Who was orchestrating the actions?

Appearing on Crosstalk to bring clarity to this issue was R. Cort Kirkwood.  He’s a contributing writer to The New American as well as a former newspaper editor.

The list of relevant, major players in the Trump-Russia collusion hoax begins with Hillary Clinton.  Lesser players include attorney Michael Sussmann who has been indicted by John Durham for lying to the FBI.

Sussmann told the FBI that he was not working for anyone which wasn’t true because he was working for the Clinton campaign.  He, along with others who opposed Trump, compiled information about an alleged collusion between Trump and the Russians.

What Mr. Kirkwood noted was remarkable is that we had months of coverage on this just before the 2016 election.  It went right into the Trump presidency, yet none of this collusion talk was true.

Jim contributed this interesting fact: ABC, CBS, and NBC spent more than 2,600 minutes on the Trump-Russia narrative, yet presently there’s hardly been a word concerning the Durham report.

Details abound concerning this situation so there’s much more to learn.  Listeners brought their questions and concerns to the discussion as well.