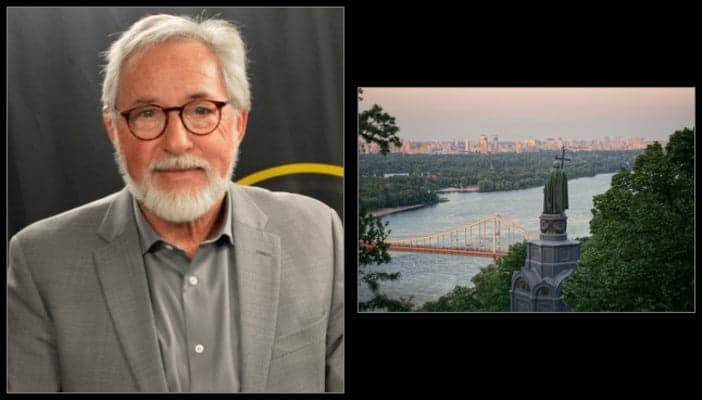 Paul Popov is the CEO of Door of Hope International.  They are a voice and a helping hand to persecuted Christians worldwide.  When he was five years old, his father, prominent Protestant Minister Haralan Popov, was brutally taken from his family by the KGB and arrested on false charges of being a spy for America.  Paul and his family were branded as enemies of the state.

From the first time Paul traveled to Ukraine (1970), the goal was delivery (smuggling) of Bibles.  Even before that, the first printing Paul’s father did when he came to Sweden in 1964 was a Ukrainian New Testament.  Overall Door of Hope International has had a wonderful ministry there over the years.  You can tell as Paul speaks of that nation that he has great affection for the Ukrainian people.

So why does he believe Vladimir Putin is attacking Ukraine?  He believes it’s spiritual warfare, personalized in an evil dictator, acting against the many new believers and the growth of Christianity there.

As the conversation continued, Jim had Paul comment on what he’s hearing from Door of Hope workers in Ukraine, what he’s hearing from people trying to escape, how God has been working overall in that nation, how Europeans have opened their hearts to Ukrainian refugees, how listeners can best pray for this situation, as well as details about the Ukraine Crisis Fund.

As the broadcast continued, Jim informed listeners about other news stories including:

Jim had much more, including stories dealing with COVID-19, inflation and the power grid.  Callers brought their thoughts to the discussion as well, on this edition of Crosstalk.

To participate in the Ukraine Crisis Fund: