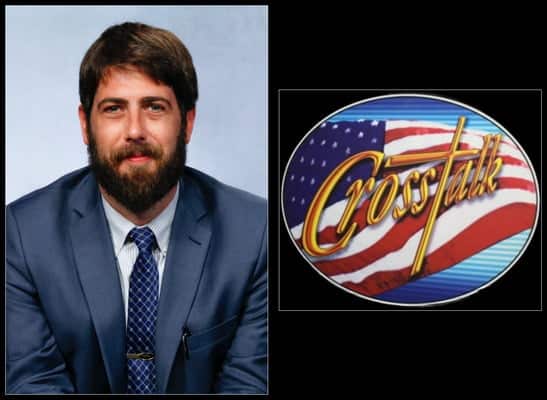 Alex Newman is an award-winning international freelance journalist, author, researcher, educator and consultant.  He is senior editor for The New American and contributes to other publications as well.  He is author of Crimes of the Educators and Deep State: The Invisible Government Behind the Scenes.  He’s the founder of Liberty Sentinel.

Discussion began after Dalton played audio of President Biden informing citizens of our nation’s banning of Russian oil and gas imports in order to stop the war machine of Vladimir Putin.

Is this really a step in the right direction?  Alex believes the situation we’re in was enabled in the first place by President Biden’s policies.  Under President Trump we became energy independent for the first time since the 1950’s.  So not only did we not have to buy oil from dictators, we were actually exporting energy which included exports to Europe.

Concerning Biden’s comments regarding price increases, Alex noted that this isn’t all caused by Putin’s war against Ukraine as Biden would have us believe.  High prices began long before Putin initiated this war.  It has to do with the endless printing of currency and Biden’s policies of shutting down our pipelines and oil exploration, etc.

Assuming we were able to successfully transition over to green energy schemes (solar, wind, etc.), which Alex believes are unreliable, thanks to the policies of our government, we are totally dependent on China’s Xi Jinping to get there.  Why?  It’s because we depend on China for rare earth minerals and other things that go into the manufacture of green energy devices.  So Alex doesn’t see the benefit of ending our dependence on Russian oil while at the same time increasing our dependence on China, whose government has murdered more people than any other in recorded human history.

There’s much more to unpack on this topic, and Alex explains it all, on this edition of Crosstalk.