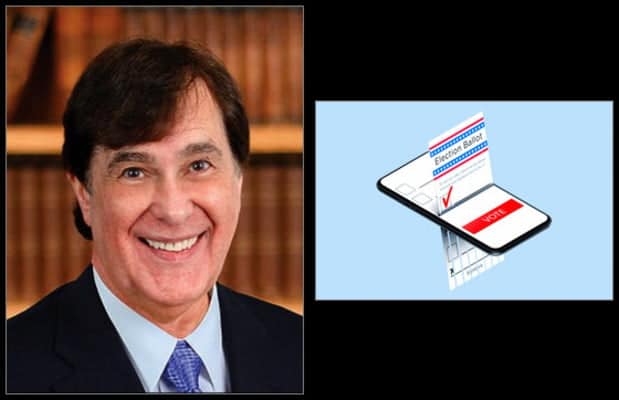 So many of the problems we face today, from Critical Race Theory education to gender fluidity to our problems at the border; these and so many others are impacted by elections.

It’s important that we have free and fair elections and to restore the integrity that was once part of the system.  If we don’t do this, where are we headed regarding future elections?

Joining Jim to discuss a specific future election threat headed our way was Tom DeWeese.  Tom is president of American Policy Center.  He’s one of the nation’s leading advocates of individual liberty, free enterprise, private property rights, personal privacy, back-to-basics education, American sovereignty and independence and protecting our Constitutionally-guaranteed rights.  He is author of Sustainable: The War on Free Enterprise, Private Property and Individuals and Erase, a political novel.

According to Tom, at one time, the Secretary of State in each state was responsible for looking at the voter rolls and making sure they’re clean and everything is honest so that we have free and fair elections.  Suddenly that’s become a racist idea and if we talk about election fraud, that’s considered a lie from Donald Trump.

So what’s the solution?  One attempt to maintain state voter rolls is the Electronic Registration Information Center or ERIC.  It’s a voluntary membership organization that was originally set up to be a blue state project, but in recent years some red states, including Texas and Florida, have joined.  State’s pay $25,000 to join and then that state is allowed one person to be part of the ERIC board.

States submit to ERIC all of the details on inactive and active voters every 60 days.  They also have to provide every individual in their state’s Department of Motor Vehicles database.  So what’s being built is a massive base of potential voters and personal information.  ERIC also wants a list of all the individuals in other agencies that perform voter registration functions.  This includes staff at public libraries, the Department of Safety, unemployment departments, the Department of Health and Social Services, as well as poll workers who are responsible to watch what takes place on election day.

According to Tom, funding for ERIC came via a grant from the Pew Charitable Trusts, one of the top grant-makers for the very far left radical environmental movement.  However, where did Pew get such funds?  According to a report that was revealed, the George Soros funded Open Society provided the original grant.

What’s been ERIC’s track record thus far and what might this organization mean for future elections?  Find out when you review this important edition of Crosstalk.