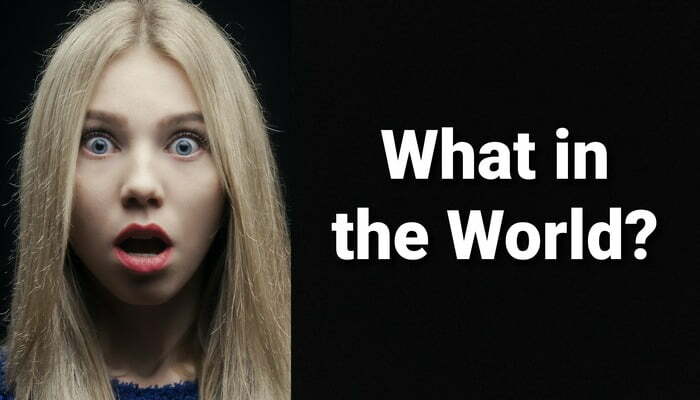 What in the world?  This is the question that certainly comes to mind as Jim presented details on these and other stories and subjects on this edition of Crosstalk: