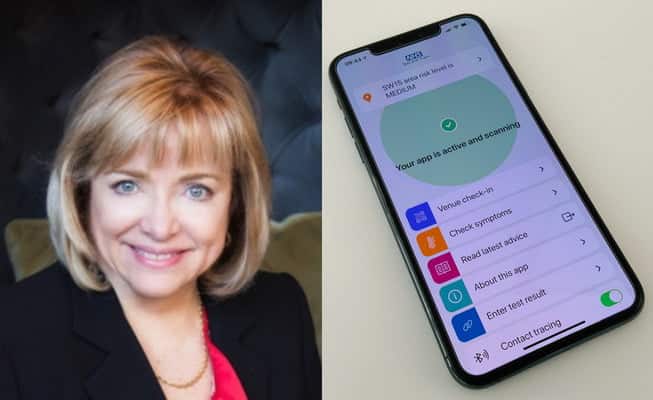 COVID hospitalizations in the U.S. continue to plunge, while at the same time, there’s emphasis being put on the vaccines.  Now the CEO of Pfizer is saying a fourth COVID vaccine is necessary due to its waning immunity.

At the same time, places like California have been looking at vaccine mandates on children.  Florida has come under criticism for discouraging COVID vaccines for children.  Tests have even been conducted on children 6 months of age to 4 years.

Also, while hospitalizations and deaths are dropping, at least 20 states are moving toward SMART health cards.

Returning to update listeners on these vaccine related issues was Barbara Loe Fisher.  Barbara is the president of the National Vaccine Information Center (NVIC), a non-profit charity she co-founded with parents of DPT vaccine injured children in 1982.  NVIC is a national, grassroots movement and public information campaign to institute vaccine safety reforms and informed consent protections in the public health system. She has researched, analyzed and publicly articulated the major issues involving the science, policy, law, ethics and politics of vaccination to become one of the world’s leading non-medical, consumer advocacy experts on the subject.

We were told to expect emergency use authorization concerning COVID vaccines for the 6 month to 4 year old age group, but something happened.  According to Barbara, several weeks ago, at the request of the FDA, Pfizer was poised to present data proving that their COVID mRNA vaccine was effective and safe in children under 5 down to 6 months.  A special FDA meeting was held to discuss this and suddenly they withdrew their application because they admitted they were having trouble showing that the vaccine was effective in that age range.

Barbara understands that they are planning to reapply so that another meeting can be held in April and the vaccine can be applied to children in this age group.

So what might be changing?  At this point we do know that the dosage amount has been reduced to 10 micrograms (down from 30) to reduce systemic reactions which are high with this particular vaccine.  There’s been trouble in trying to reach that goal while at the same time also retaining some form of protection.  This is important for them because children under the age of 6 are the ones who receive most of the vaccines in the U.S.

The troubling thing about this is that COVID-19 hasn’t been hitting children like it did the elderly.  The deaths for children have been less than 1% so the risk of complications among children has been very low.  So why the push to get children vaccinated?

Concerning the idea of a vaccine passport, there’s a private effort underway called the “Vaccine Credential Initiative.”  This is a voluntary, global coalition of public and private stakeholders that includes Microsoft, Google, Salesforce, Oracle, the Mayo Clinic, the United Healthcare Group and state governments, along with other health and technology companies.  These groups have been involved in creating a digital proof of vaccination called the SMART Health Card.

This health card is a type of international passport in the sense that you can show it if you’re traveling to prove that you received the vaccine.  Barbara believes that the COVID vaccines are just the start and that eventually they’ll want to add all of them.