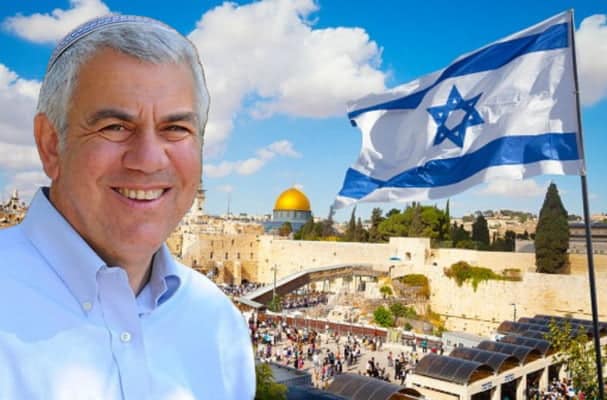 David Rubin is the former Mayor of Shiloh Israel and author of the book, Confronting Radicals: What America Can Learn from Israel.  He’s the founder and president of Shiloh Israel Children’s Fund, established after he and his then three-year-old son were wounded in a terror attack.  His websites are DavidRubinIsrael.com and ShilohIsraelChildren.org.

A wave of ISIS terror has struck Israel.  Last evening, Israel suffered its third major terror attack within about 8 days, leaving multiple people dead.  This follows an attack that happened this past Sunday.  Just days before that, a person previously convicted for trying to join ISIS killed four in a stabbing spree.  The attacks have left about 11 dead and said to be the largest wave of terror to hit Israel in years.

Regarding the issue of terror, David reminded listeners that it just never stops for Israel and doesn’t make headlines in America.  So when something like the war in Ukraine takes place, that ends up taking over.

David doesn’t agree that the Israeli prime minister is using an iron fist to fight this.  He’s seen a lot of American and Israeli politicians come and go and more often than not, they talk a lot by saying what won’t happen, what they will not do and what they will do.  Instead he’d like someone who speaks softly or not at all and carries a big stick, like Teddy Roosevelt.

While all this has been unfolding, we’re approaching even closer to another Iran nuclear agreement deal, a deal that David believes is aiding such destruction.  A big part of this deal is Russia.  What’s interesting about this is the stance of the U.S.  As Jim pointed out, from one side of his mouth, President Biden is claiming Putin needs to be removed from power, then from the other side of his mouth (and perhaps behind the curtain) he’s participating with Russia to bring about this Iran nuclear deal.

David said the deal should be subtitled, “Dirty Dealings with Shady Partners” because while Biden claims to want Putin removed from power, he’s trusting Putin to ensure that a peaceful new regime will emerge in Iran but given the history of the radical regime this makes no sense at all.

As this program moved along, Jim had David comment on the following:

There’s much more to consider, including what listeners had to say, on this important edition of Crosstalk.