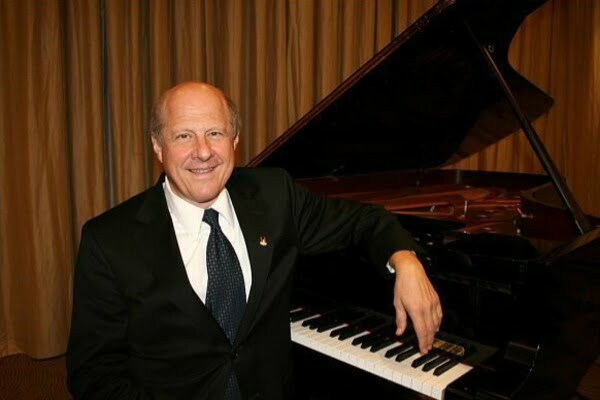 Sam Rotman is a renowned international concert pianist who has performed over 3200 concerts in 61 countries in leading concert halls around the world.  He has released four recordings.  He received an honorary doctorate in May, 2016.  He was born into an Eastern European Jewish family that found new life in Christ.

Sam’s father was born in Romania in 1905 and his mother was born in Czechoslovakia in 1915.  They were Orthodox Jews that fled Europe due to Adolph Hitler.  They moved to South America where they learned to speak Spanish, and Sam’s brother and sister were born there.

Sam’s parents then applied and were approved to come to the U.S.  They came through New York City in late spring/early summer of 1950 and Sam was born in October.

Sam’s home life was very religious.  He attended Hebrew school five days a week for eight years and all his friends were Jewish.

Around age 11 or 12, Sam admits he began to develop a very foul mouth.  He could lie to his parents or his teachers and he began to curse.  He found himself praying in the morning yet swearing at school.  He could be moral when he had to be yet also very immoral when he wanted to.  In other words, he was showing where his heart really was.

At age 12-13 he began entering competitions and at age 16 he won a competition while playing with a large orchestra with 6,000 people in attendance.  Then at 17 he auditioned and got into the Juilliard School of Music where, while practicing for 10 hours a day, he obtained Bachelors and Masters degrees in piano.

Sam was very focused on music and practicing and developed a very self-righteous attitude.  He didn’t want to do anything to shame his parents as they had sacrificed greatly for him so he never drank.  Keep in mind, this was between 1968 and 1973 in New York City during the height of the hippie movement so there were lots of drugs.  Sam refrained and in addition, never engaged in pre-marital sex. In spite of all that, he still knew that while he was controlling his external desires, he wasn’t right inside.

It was at this time that he met three born-again Christians at Julliard.  He noticed that there was something unusual about them because whenever he’d see them outside of class, they’d be reading the Bible and all they’d talk about is Jesus.  These classmates were patient with Sam, eventually exposing him to the New Testament.

So how did things turn out for this very self-righteous, hard working, Jewish boy, both musically and spiritually?  Hear the conclusion to this fascinating testimony when you review this edition of Crosstalk.