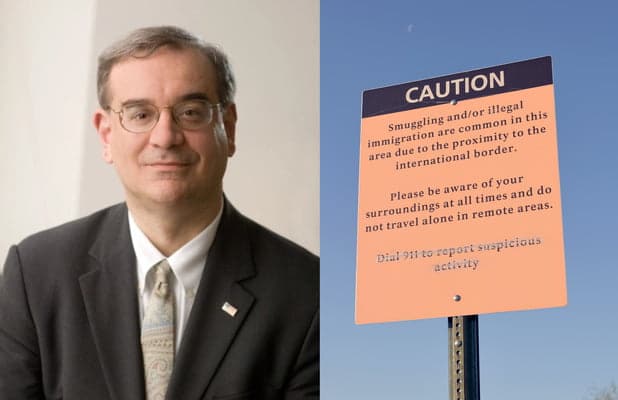 The Biden administration was warned that if immigration measures put in place by the Trump administration were lifted, bad things would happen, and they are.  For example, you may recall the recent news that over 50 illegal immigrants were found dead in an abandoned trailer in Southwest San Antonio.

The Daily Signal has reported that Sheriff Roy Boyd of Goliad County, Texas, joined with other law enforcement officials to raise alarm concerning the border crisis.  Local officials are calling it an invasion.

Returning to Crosstalk for an update on this crisis was Mark Krikorian.  Mark is a nationally recognized expert on immigration issues serving as the executive director of Center for Immigration Studies.  They are an independent, non-partisan research organization examining and critiquing the impact of immigration on the United States.  He’s testified numerous times before congress and has published articles in many outlets.

Mark came right out and unhesitatingly said that our borders are being overrun.  The Biden administration advertised during the campaign, and followed through once they got in, that they’d undo everything Trump did regarding immigration.  They removed almost everything including “Remain in Mexico”.  Under this policy, if you claimed asylum, the government could make you remain in Mexico until the date of your hearing.

Even before Biden got into office, Mark noted that smugglers were responding to Biden’s rhetoric and the actions they were expecting from him by calling it “La Invitacion” (the invitation).  In other words, an invitation from Joe Biden to cross the border.

Granted, we don’t have a completely open border so there is some enforcement.  Some are sent back due to COVID rules, but if you come from certain nationalities and especially if you have a child with you, you’re basically just let into the country and under this process, President Biden is responsible for letting in over one million illegal aliens.

These aliens are to show up for a hearing.  Some will while some won’t.  For those who do, if they get turned down as most will and don’t receive asylum, Mark noted that most simply stay here.  After all, no one’s looking for them as the Biden administration has no intention of finding and removing them.

So in the end, Mark describes the U.S. as having an “open-ish” border.  We’re luring people to come here but we are making it hard for some of them so there is some smuggling going on.  The result is that you end up with tragedies like we saw in San Antonio.

This Crosstalk looks at much more including: