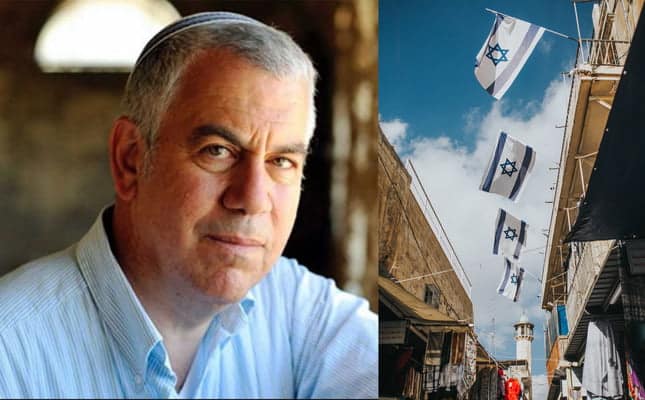 President Biden returned this past weekend from his Middle East trip where he visited Israel and Saudi Arabia.  He was criticized for things like using “fist bumps” rather than shaking hands or giving out hugs like he did during his recent NATO summit visit.  He was also criticized for being humiliated by not receiving cooperation on energy issues with Saudi Arabia.

Returning to Crosstalk to bring his perspective on these and other related Middle East news topics was David Rubin.  David is former mayor of Shiloh, Israel, is the author of seven books including, Confronting Radicals: What America Can Learn from Israel.  He’s the founder and president of Shiloh Israel Children’s Fund, established after he and his then three-year-old son were wounded in a terror attack.

Jim got things started with audio of President Biden who communicated that there are those who thought that when compared to the previous administration, his administration was walking away from the Middle East, leaving a vacuum that China or Russia would fill.  He said, “…and we can’t let that happen.’

In response, David indicated that this gap has been filled by Russia, Iran and Syria and that as far as Israel is concerned, it’s probably good that there’s nothing taking place in terms of pressure.  Nonetheless, there is the Iran problem and whether President Biden is the man to take care of it, that’s another story.

Concerning President Biden’s gaff where he said to “… keep alive the truth and honor of the holocaust…”, David doesn’t believe it’s anything worth criticizing and he’s not going to criticize the president for every gaff he makes.  However, he does believe it’s problematic having a president that suffers from dementia and cognitive issues.

Overall, David doesn’t see President Biden as a great friend of Israel and that Biden’s problem goes back many years.  When Biden was a senator, he cross-examined Israeli Prime Minister Menachem Begin who was speaking to the Senate.  Biden lectured the prime minister criticizing Israeli settlement (simply building up the land of Israel), saying this was unacceptable and threatening to cut off financial aid.  David noted this threat for simply wanting to build Israeli homes in Judea and Samaria (the West Bank) is something that hasn’t been forgotten by most people  in Israel.

This is an information packed program that you’ll want to review if you want to get the full context of what’s taking place with Israel.  Here’s a small sample of what David commented on: