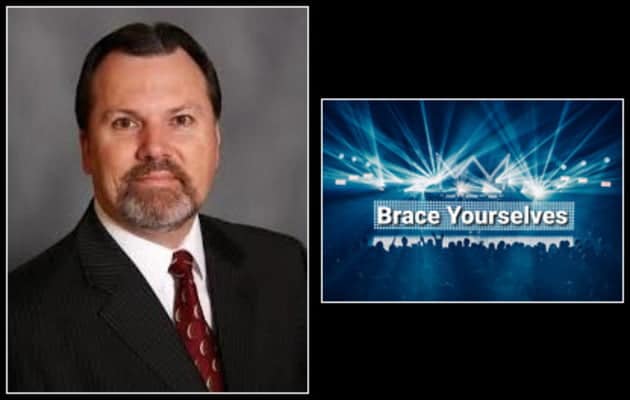 Gary Kah is founder and director of Hope For the World.  He’s editor of Hope for the World Update, the former Europe & Middle East Trade Specialist for the Indiana State Government and is also author of the books, Enroute to Global Occupation and The New World Religion.

This broadcast began with discussion concerning information Gary received from a former military intelligence and high tech individual who believes that it will be  a difficult summer in the U.S.  Both this individual and Gary believe that the globalists will use even the latest Roe decision to try and cause more calamity, chaos and division.

Gary also believes there are those who are deliberately trying to take America down.  He wasn’t trying to be disrespectful when he said that he feels sorry for the president and that he isn’t “all there”.  This can be seen by his script cards which tells us that he has handlers around him telling him what to do.  Gary believes many of these advisors are of a radical, far left, globalist worldview.  Therefore, in order to bring America down through a great reset, the U.S., as we know it, has to be dismantled.

Gary let listeners know that as long as people can function in relatively comfortable fashion, he believes that a majority in the U.S. wouldn’t be keen to the idea of stepping into a one-world system that might limit freedoms.  However, if we see major food and energy shortages and continued supply chain disruptions and perhaps on top of that another pandemic with even greater restrictions, he feels people might completely rebel.  That could pit the far left and the far right in a war.  Gary feels if that would occur, that’s when our foreign enemies would probably step up to attack us.  The other possibility is that people get so frustrated that they finally capitulate and give in to the new world order.

This Crosstalk has much more to offer as Gary reveals details related to this issue including: