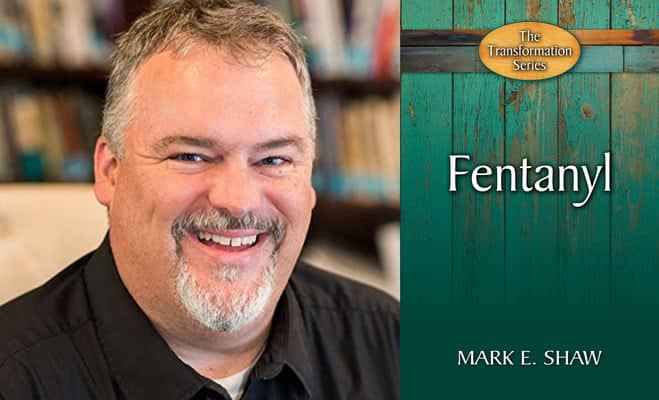 The number of fentanyl overdose deaths is skyrocketing.  According to Families Against Fentanyl, fentanyl deaths have doubled since 2019.  They report that fentanyl poisoning is now the number one cause of death in adults 18-45 with over 64,000 deaths for the year ending in April 2021.

According to a press release from Congressman Glenn Grothman, during April through June of this year, about 3,115 pounds of fentanyl was seized at the southern border.  That 3 month apprehension was more than the total amount seized in all of fiscal year 2019 and equivalent to over 750 million lethal doses, enough to kill the entire American population twice.

Appearing on Crosstalk to discuss this issue was Mark Shaw.  Mark is the director of counseling at Grace Fellowship Church in Florence, Kentucky, and is the founder of The Addiction Connection.  He is a certified alcohol and drug addiction counselor.  He’s an ordained pastor, speaker, teacher and author of multiple books such as The Heart of Addiction, How Not to Raise an Addict and many others including the recently released booklet entitled, Fentanyl.

Fentanyl is a very powerful, synthetic opioid drug.  While perhaps not as widely known as marijuana, heroin, LSD or cocaine, it’s been around since the ’60’s.  People typically add it to whatever they’re currently taking while still others end up taking fentanyl that gets placed into drugs without their knowing about it.

Why would God create the plants that would allow certain harmful substances to be made?  Mark brought up Genesis 3 where we see sin enter into the world and the consequences of sin which brought death.  So some plants have toxins although these toxins can have a good purpose in that they keep certain insects from eating them.  Man, on the other hand, has come up with ways to extract those toxins and consume them.

However, what must be noted is that such toxins can be beneficial to mankind.  In the case of fentanyl, it can also be administered at times for physical pain management.

How is the world dealing with this issue?  What specific kind of counsel should be provided in dealing with it?  These questions and more are answered as Crosstalk confronts this growing phenomenon affecting our nation.